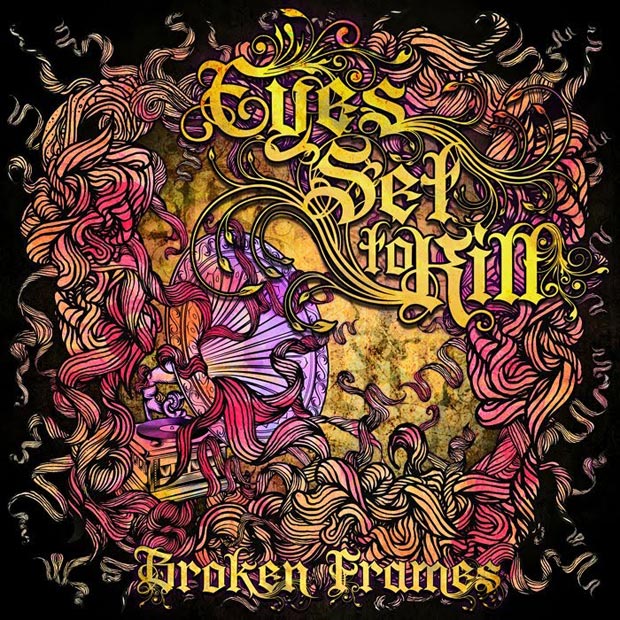 Everyone has a memory they wish would leave the frames of their mind. Some people go to great lengths to dilute their dark happenings with drugs, alcohol, or even suicide. Eyes Set To Kill took some memories and created 12 songs which are presented on their third release Broken Frames. This record goes against the grain to present the hardships of life for a worldwide audience.

“All You Ever Know,” the first and heaviest track, starts the album off with an explosive blast making your head bang to the beat. It also introduces their newest screamer Cisko Miranda. The album softens after this intro, but still has plenty of heavy parts piled in. Once again Eyes Set To Kill follows their simple formula of heavily screamed verses and melodically sung choruses. It is a structure that works well for the band so why repaint a pretty picture?

Eyes Set To Kill has thus far released three albums in three years and shows no sign of slowing down. Be sure to check out Broken Frames and witness for yourself how they have matured as a band within this short time frame. Fans of Escape The Fate, Bury Tomorrow, The Devil Wears Prada and Alesana will really enjoy Eyes Set To Kill.

Check out the song: “Broken Frames”