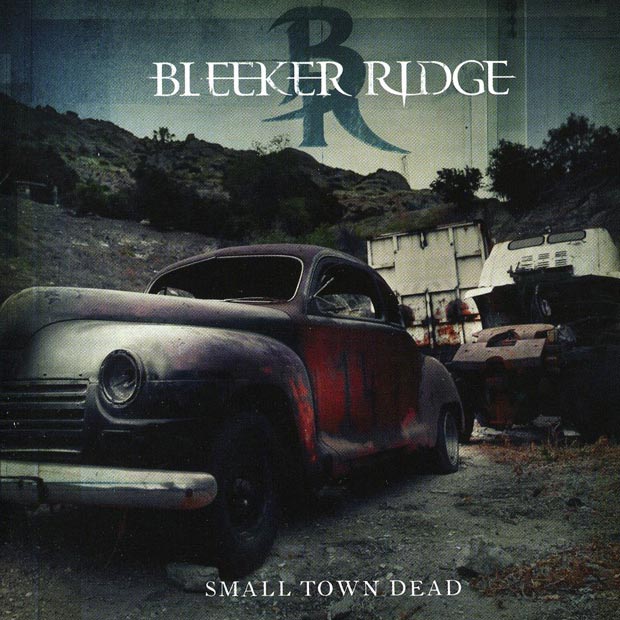 The debut release from Canadian hard rock band Bleeker Ridge is nothing short of stunning. This is 12 tracks of top notch hard rock music. The very first song “Pick Me Up” grabs you by the balls and does not let go; and things just get better from here. This song is super riff-driven and powerful as hell, especially when cranked up. I had to hear more!

I would describe the band’s sound as modern rock with classic riffs and great big melodies. The next tune, “Small Town Dead,” is the first single off the record and it’s really quite good. It’s a passionate ode to growing up in a small town with nothing to do and limited opportunities. Bleeker Ridge may have come from a small town, but they are without a doubt headed for bigger and better things now.

Bleeker Ridge combines skilled musicianship with a brilliant production, upbeat rock n’ roll tracks and good songwriting; the result is a series of well-crafted hard rock tunes. The band’s enthusiasm is evident throughout the disc which is packed to the gills with lots of extremely fun, hook laden and catchy tracks such as “Small town Dead” and “Sixteen Hours.” I found it almost impossible not to sing along.

I don’t know that I can single out any one track that would be a favorite of mine, but if hard pressed to do so, I would have to go with the title track, “Small Town Dead,” because of the really catchy hook that I just could not get out of my head. Overall, I believe 2011 is going to be a big year for the boys in Bleeker Ridge. If good hard rock is your thing than this band is for you.  [ END ]