As Canadians, more than 50 artists gathered together to record a rendition of the song Wavin’ Flag. The original was by none other than K’naan. It was re-written to include specific lyrical content for Haiti. All the song’s proceeds went to Free The Children, War Child Canada and World Vision Canada. With the help of this song Canadian music fans are able to give money to a good cause and in return hold in their hands music that will last the rest of time.

The song followed the original versions progression, but this one was slowed down to give it a more serious mood. The main change though would be the vocals. A vast number of famous Canadian vocalists have offered their sound for this magnificent contribution. During the verse each vocalist has a solo two lines while in the chorus everyone comes together to give the track a unified feel.

This release has two different versions. The first has a rap done and the ‘alternate version’ has different artists taking on a solo vocal part. Both versions are great and give you a warm feeling, making you proud to be Canadian. Make sure you go to your nearest store and purchase a copy. 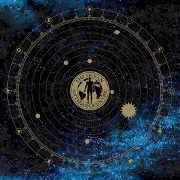 WHILE SHE SLEEPS Releases Fourth Exclusive Track with PureGrainAudio.com