Yay! A new Tigers Jaw song! (I figure since it’s probably aimed at teenage girls, I’ll at least write like one… and yes, I’m comfortable with that). It’s called “smile” which is, you know, all warm and fuzzy and shit. Ever since I came across these Scrantoners – that can’t be right, Scrantonites(?) – I’ve pretty much been hooked. It’s emo, and it’s poppy, but it’s also punk and honest while still being kind of fun.

The song is nothing too special, and it’s not their best; though it does sound bigger and more put together than anything I’ve heard by them before. But, and this is always important, it’s not overproduced or sugar-coated. So… once again. Yay! A new Tigers Jaw song! It’s called “smile” and – you had to see this coming – that’s what it makes me do.  [ END ]

Check out the song: “Smile” 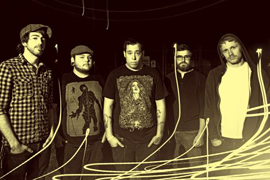 Interview with I Am Abomination lead vocalist Phil Druyor 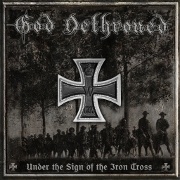 God Dethroned – “Under the Sign of the Iron Cross”