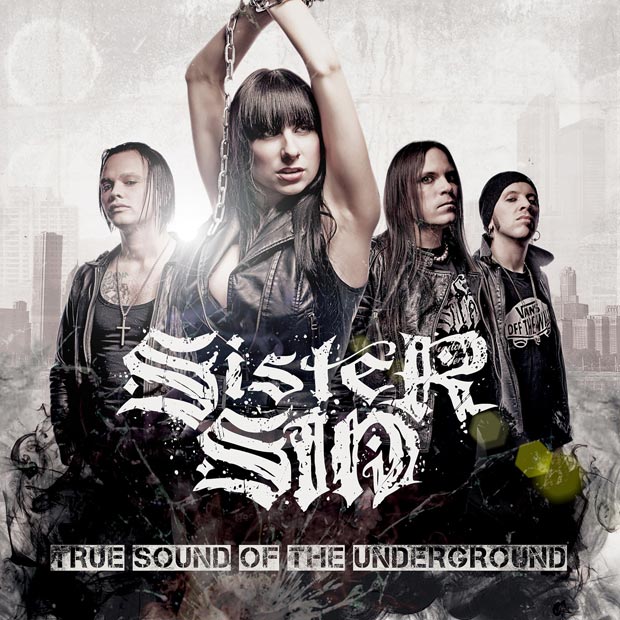 When I hear a band is “bringing back old school metal” I tend to be disappointed with the resulting effort(s). This is not the case with Sister Sin. Accompanying them on their journey down memory lane only left me wanting more. The new record, True Sound Of The Underground, grabbed hold of me as soon as I pressed play.

The lead off, title track right away gets into some intense heavy metal guitar riffing, followed by lead singer Liv’s heavy vocals. This song gives the listener a taste of what to expect for the remainder of the album. As the disc progresses all you can do is air guitar, headbang, throw up the horns and sing along to each track. Immediately following the final song “Beat ‘Em Down,” the repeat button gets pressed and the headbanging process starts all over again.

Sister Sin have successfully helped to resurrect old heavy metal with their album The Sound Of The Underground. The genre has been buried by slews of bad bands, but SS are fronting the fight to bring back this glorious sound, one album at a time. Fans of Motorhead, AC/DC, Motley Crue and April Wine will enjoy Sister Sin a lot!  [ END ]