True Sound Of The Underground is the unbelievable new release from the Swedish metal band Sister Sin. I was not very familiar with this group when I received the disc and I must say it’s been running in constant rotation in my car ever since. It is old school, balls out metal with a killer production that is sure to satisfy just about every fan of the genre. Drummer Dave Sundberg sat down to answer some questions for me about the band and their new release, True Sound Of The Underground. Here is what he had to say.

Since this is your first interview for PureGrainAudio can you introduce us to the band and that sort of thing?
Dave: We hail from Gothenburg, Sweden and play some sort of old-school metal. Female fronted, but with more balls than most bands.

Now that your new CD, True Sound Of The Underground, is complete, how do you feel about it? Are you satisfied with the outcome?
Dave: Personally I’m never 100% happy, but I guess that’s part of why we keep recording albums and trying to improve. With that said I’m very pleased with this one, it came out very consistent, a jawbreaker from start to finish, no softies or power ballads here people.

What was the writing process like for this CD? Did you guys all write together? How long did it take?
Dave: It went really smooth, me (Dave) and Jimmy wrote everything and recorded pre-production in our rehearsing studio. We finally bought some studio equipment which made things a lot easier compared to the cassette 4 track we have used earlier when we were writing material. I think it took about 3 months to write everything from scratch.

What can fans expect when they pick up a copy of True Sound Of The Underground?
Dave: Just good ole’ fashion, fist in the air, metal. The perfect soundtrack to your intoxicated, bar fighting Saturday night out.

How quick are you in the studio? Can you usually knock things out in a couple takes?
Dave: For the first album we did a lot of the takes live so I think it took something like 5 days to get all the drums, bass and rhythm guitars down, so yeah, I guess we’re pretty quick. We had a different producer on this one and he was really picky, so the whole thing took much longer, which is a good thing cause everything gets played to perfection.

All of that passion that you play with must be tough on you physically. How do you prepare for the physical demands of a tour?
Dave: Liv is a personal trainer so she doesn’t have a problem with it, the rest of us are quite the opposites… I’m totally beat after a show, but I guess we’ll make the set through on pure adrenaline. The hardest part is actually just sitting in a small van for 6 to 8 hours a day doing nothing, it’s so easy crank up a couple bottles of beer just to keep occupied and that’s probably not the best way to stay in shape.

What are some of the songs you get the best audience response to?
Dave: We have two singles from the previous album, “On Parole” and “One Out Of Ten,” that people seem to know and sing-along with which is cool.

What song from that album is still exciting for you to play?
Dave: I still really love doing a song called “Make My Day” which is a Motorhead cover we recorded for that album. We make our own neat version of it, fast as fuck and blast to play live.

When you are on the road for a while I am sure you see and experience many different things you might not even have known existed. Are there any stories that stand out in your mind as being exceptionally strange or odd?
Dave: Yeah, we were in Farmington once and a guy just got murdered like a block down when we passed by, dead bodies are not something you see everyday in Sweden at least.

When you are out on the road anything can happen and often does. Can you think of any disastrous events that happened while out on tour? How did you solve the problem?
Dave: On the last US tour we did have a really shitty van that constantly broke down. It seemed to die on us every time we we’re in a rush to a show. Our manager’s friend had to pick us up in New Jersey one time when we had a show in New York, barely made it there in time to do 3 songs before the headline band was going on. Next day our friend’s car broke down too on our way back to pick up the van in the repair shop outside Jersey.

Do you prefer studio or live?
Dave: Definitely live, the main reason we record albums is basically a reason to go out on tour. Studio can be fun too, but I tend to get bored with it really easy when listening to guitar or vocal parts being repeated over and over again.

Any closing words?
Dave: Buy our new album True Sound Of The Underground out now on Victory Records and available everywhere. You won’t be disappointed. CHEERS!  [ END ] 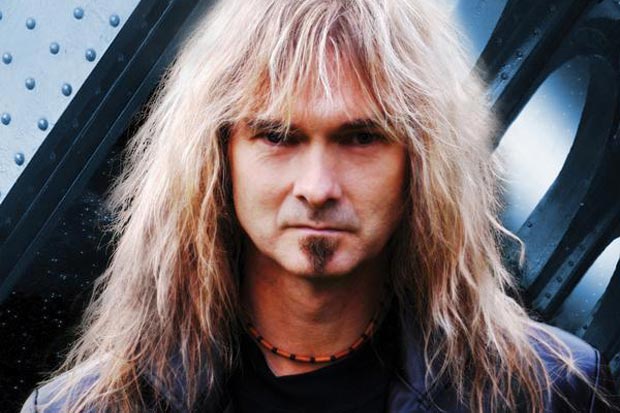 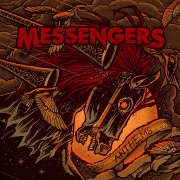