Vocalist James Paul Luna from thrash metal band Holy Grail took a moment out of his busy schedule to speak to me about the band’s new CD, Crisis In Utopia. This CD is a solid thrash metal release that harkens back to the genre’s early days. It provides a steady, aggressive assault from the very beginning; Holy Grail is a band that I would put on the watch list. These guys play some serious thrash that is sure to garner them a ton of attention. Here is what Luna had to say about the band and their new disc Crisis In Utopia.

Now that your brand new CD, Crisis In Utopia, is complete how do you feel about it? Are you satisfied with the outcome?
James: This album was a long time coming but we’re very pleased with the results, and excited to release it and start spreading the word about Holy Grail!

What was the writing process like for this CD? Did you guys all write together? How long did it take?
James: For this album we had about 40 songs in the pot and weaned it down to 11. Initially Eli, LaRue, and I each had songs. Eli started with somewhere around 200 riffs which he formed into 30 song ideas. From these musical skeletons I put vocal melodies on them and Tyler and I wrote the lyrics to them. The lyrics were being written while recording the drums and guitars, but the songs kept changing until the final day, constantly tweaking. So I guess you’d say it took the entire process of the album to write the songs.

What is the significance behind the title Crisis In Utopia?
James: The title “Crisis in Utopia” was originally drawn from a 1940s sci-fi novel by Norman L. Knight. I came across it while I was going through a lyrical brainstorming session of old sci-fi mags. There were a few others I was really drawn to but “Crisis…” really meant something to me. I liked the title a lot and saw it as an open canvas which could lend itself to multiple meanings. I revamped the story in our version as a post-apocalyptic/end of the world theme where humans die off and genetic experiments and parasites rise above as the next earthlings.

Are there any tracks on, Crisis In Utopia that are personal favorites or that have good stories behind them?
James: I personally like how “Crisis In Utopia” and “Chase The Wind” turned out musically, those are two of my favorites. The lyrics in “Hollow Ground” were my favorite as far as stories go; it’s about the oppressed fighting back against the oppressor.

You guys just finished up a tour with the mighty Exodus. How did that go? Were the crowds receptive?
James: The Exodus tour was phenomenal, the guys were awesome to be on tour with and the crowds were really pumped on us, you can tell they had a heart for metal and they were into our old-school meets new school sound.

When you are on the road for a while I am sure you see and experience many different things you might not even have known existed. Are there any stories that stand out in your mind as being exceptionally strange or odd?
James: I love traveling and touring because I want to find and experience all the strange and weird things our small earth has to offer. One memory that sticks out as exceptionally odd is the time we were in Farmington, New Mexico and we unexpectedly angered some local Native American thugs and they woke us the next morning banging on our door and chanting as they put a Navajo curse on us. However, our local friends there later told us they weren’t qualified shamans so not to worry because they didn’t have the power to curse us. What a crazy time that was.

When you are out on the road anything can happen and often does. Can you think of any disastrous events that happened while out on tour? How did you solve the problem?
James: Coming home from our tour with Amon Amarth we experienced our first taste of nasty southern weather. In Tennessee, near Memphis there was a tornado warning and we drove straight through a monsoon. Hail the size of golf balls had chipped the paint off of our van and the roads were practically rivers you drive on. We ended up pulling over somewhere until it passed us by, but man, that was a gnarly experience.

In a hundred years from now what will the music history books say about your band?
James: Old-School minded metallers with a modern twist and a real hankering for shred, power, and technical metal.

What is the toughest lesson you have learned in the studio? On the stage?
James: Practice! The biggest lessons I’ve learned is you can’t practice enough and there’s always somebody better than you, or trying to out do you.

This next set of questions is designed for quick short answers, a sort of rapid fire kind of thing. Just tell me the first thing that comes to mind. What artist would fans be surprised to find on your iPod?
James: Probably some of my heavy, funky soul stuff like Eddie Hazel or Mandrill.

Tell me about a book or two that you’ve read that you think other people should read?
James: The Lemmy book “White Line Fever” is wonderful!

If you had not become a musician what other career path would you have liked to attempt?
James: If I didn’t keep playing music I’d be a silkscreen printer which I still do on the side currently.

If you were a superhero, who would it be and why?
James: I always loved Batman cuz he’s just a normal human with a rad set of gear which makes him a superhero. Plus his logo and imagery rules.

What is the one thing you absolutely insist upon in your rider?
James: We’re not too demanding, but booze and water are the basic must haves. I love my whiskey but we don’t always get it.

Any closing words?
James: Buy Crisis In Utopia and come check us out with Blind Guardian this winter, Shred on! 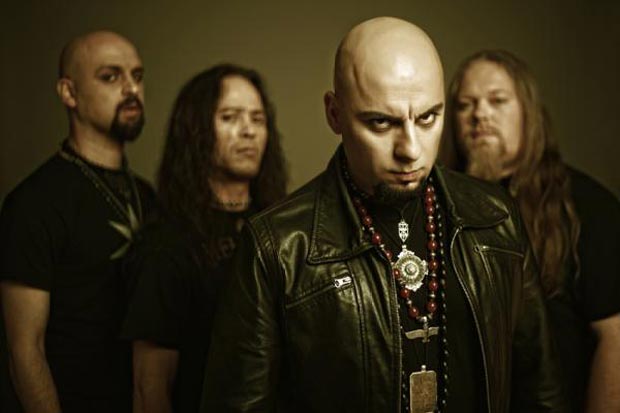 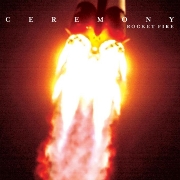