Lead guitarist and vocalist Jesse Valenzuela of the multi-platinum pop-rock act Gin Blossoms spoke with me by phone recently about the band’s newest offering, No Chocolate Cake. I feel that Gin Blossoms have one of the most recognizable sounds in the pop-rock scene past or present. You don’t have to scan the dial very hard to find songs such as “Jealousy” and “Til I Hear It From,” both of these tunes are still in regular rotation on many radio stations around the globe. While No Chocolate Cake is a bit different from their earlier material, I don’t feel it is a departure from their signature sound. This is a disc that I’m sure is once again going to be dominating the charts in the very near future. Here is how my conversation with Valenzuela went.

Now that your newest CD, No chocolate Cake is compete, how do you feel about it and are you satisfied with the outcome?
Jesse: Yeah you know what? I listened to it about a week before it came out and I thought it was pretty good. The reactions have been strong and that has been great.

Oh okay. But that is still quite impressive don’t you think?
Jesse: Yeah. It was a little better than the last record we made so everyone seems happy and the label and management seem positive.

What was the writing process like for the disc did you guys all write together?
Jesse: We rarely do that. Usually we have always written by ourselves. We have never written together very much.

How long did the record take to make?
Jesse: The record was over the process of probably a year or a year and a half. We are on the road quite a bit so it had to be done in bits and pieces.

Is there any significance behind the title of the disc, No Chocolate Cake?
Jesse: Yeah. I think it is just an inside joke with the band. Essentially it means you just can’t get everything you want in life. It is a theme of denial and aging.

Are there any tracks on the disc that are personal favorites or that have good stories behind them?
Jesse: You know what I have not listened back in a while I would have to think about that. We are still learning how to play the music again. You know you make a record and then you have to learn how to process it all, so the band is just really learning how to play the songs again.

I hear that you guys are going to be spending Thanksgiving in Iraq performing for the soldiers. How did that come about?
Jesse: Well you know we have managers who find us shows and they found us this. We are going to be in the Philippines which is not too far from Kuwait so we decided since we were over there we might as well bring a show.

Are you pretty excited about playing there?
Jesse: Sure it should be fun. We will be gone a long time; think we will be gone 3 or 3 1/2 weeks and we will miss Thanksgiving with our families, but I am happy to be doing it.

It must mean a lot to you to be able to send time entertaining the troops over there though right?
Jesse: Oh sure. It will be fantastic. We went to Bosnia in the ‘90s during the Bosnian conflict so we have done this kind of thing before.

Did you guys ever imagine you would be releasing records so many years later?
Jesse: Yeah you know what. I expected to be doing something. I haven’t been surprised lately because we have released two albums in the last 4 years, which is kind of busy for the Gin Blossoms.

I think it is really cool because bands come and go on a regular basis, but you guys have been a mainstay.
Jesse: Yeah we still tour quite a bit, stay relevant and try to get our songs out through different avenues.

Do you find the rigors of touring taking more of a toll on you as you get older?
Jesse: Well I am not quite yet AARP but I am close. I would say this though; when we turn 50 we should be on the cover of AARP Magazine. You know what it is not so hard. We have a pretty luxurious road style, although travel can be hard for anybody. Just yesterday I was traveling and I was layovered in airports for four and a half hours.

What kind of touring plans do you have in support of the disc? You mentioned The Philippines and Iraq, but are there any plans for a full blown U.S. tour?
Jesse: We are on the road all of the time. We will be performing in Austin, Texas this weekend.

I love it there, it is like Music City.
Jesse: It is a beautiful city.

Alright we are now down to what I call Bruce’s Quick 6. Just answer these questions as quickly as possible using short answers. What artist would fans be surprised to find on your iPod?
Jesse: Neil Diamond.

Tell me about a book or two that you have read and think others should read?
Jesse: I just recently was in the airport and I picked up a book about Pat Tilman, the football player that died in the war in the Middle East. It is written by John Krakauer the guy who wrote ‘Into Thin Air.’ I always read his stuff because he is a great writer, but this book is pretty eye opening as to what is going on.

If you had not been a musician what other career path would you have liked to attempt?
Jesse: If I had been smart I would have liked to have been a doctor.

I agree man… wouldn’t we all.
Jesse: I am not smart though so I had to become a musician.

But you are probably having more fun I would imagine.
Jesse: I guess. We have a pretty good time.

If you were a superhero, who would it be and why?
Jesse: Buzz Aldrin.

What is the one thing people would be surprised to find on your Rider?
Jesse: We don’t actually have any surprises, but I do know there are some bands that like to have socks.

I have heard that. I even heard that Moby requests like ten pairs of socks for every show.
Jesse: I wonder why?

I don’t know why you would need ten, maybe one pair, but I don’t know how you could go through ten pairs in a two hour stretch.
Jesse: I know a buddy of mine who says that, (these are the guys in Tonic), they say that there is nothing like putting on a fresh pair of socks after you play a show.

I guess to each his own right. Alright Jesse any last words at all?
Jesse: If you see us in your hometown come and see the show. We will all have a good time. Sure appreciate everyone who is interested in the new record. Peace I hope everybody has a good year.

Thanks man, I know I have been listening to the record for the last week or so and I have been totally digging it.
Jesse: Hey man I sure do appreciate that. Those are kind words.

I am also a long time fan, back from the Hey Jealousy days.
Jesse: Yeah you know what is interesting though, a lot of the long times fans are getting upset because the sound is sort of morphing and changing. But I can’t imagine remaining the same. You have to keep moving.

Well you can’t make the same record 20 years later.
Jesse: Well we are not those people. I think records are like a postcard, a little picture of the time you are in at that moment.

I agree and for what it’s worth, I absolutely dig the album… it is great.
Jesse: Well thanks Bruce, you have a good week.  [ END ]

WHILE SHE SLEEPS Releases Fourth Exclusive Track with PureGrainAudio.com 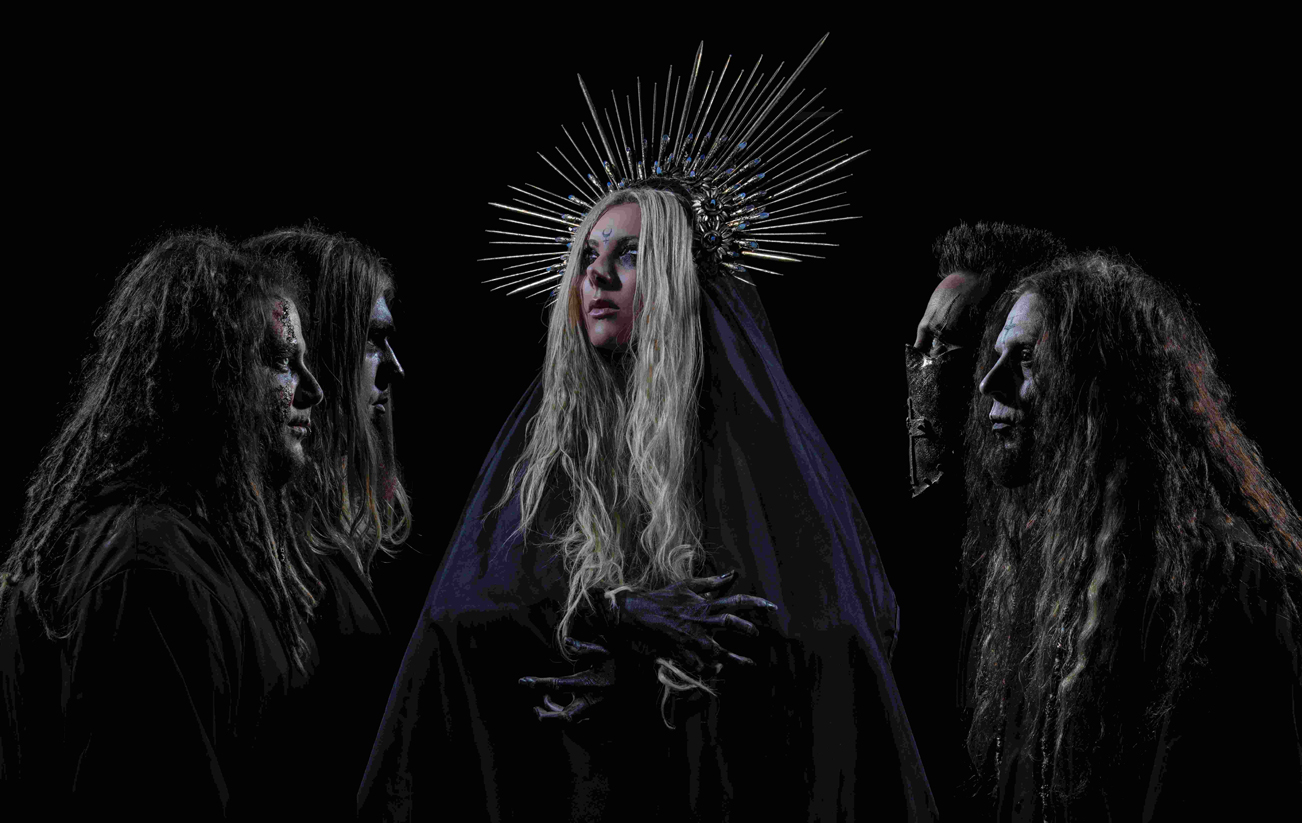 IN THIS MOMENT Launch Exclusive Tour Diary with Revolver; on Tour Now with NONPOINT