The Skinny: Most of us know or can somehow relate to what it’s like growing up in a monotonous, small town where there’s nothing to do. That’s what the boys of Bleeker Ridge experienced growing up in the Northern Ontario town of Orillia. Bleeker Ridge was formed in 2003, and consists of two sets of brothers, lead singer Taylor Perkins and guitarist Cole Perkins, and drummer Dustin Steinke and his guitarist brother Dan Steinke.

These boys channeled their boredom artistically at a young age (considering the oldest member of the group is currently 21 years old) and thus was conceived Bleeker Ridge. Considering their only in their late teens-early twenties, the boys of Bleeker Ridge have already accomplished more than most. They have two independent releases under their belt, got signed to Roadrunner Records, performed on MTV live Canada and now have a hit music video on the music television channel Muchmusic.

Their major-label debut Small Town Dead (pretty fitting title if you ask me) boasts songs that are co-written by Theory of a Deadman’s Tyler Connolly (“Sick of You”) and Shinedown/Sevendust’s Dave Bassett (“In Our Hands”, “Still Standing”). The title track is blowing up radios everywhere, and it’s great to see a band escape the small town curse and find success. Feeling the need to escape? Then catch the piping hot, melodic, alternative-rock quartet when they hit your small town!  [ END ] 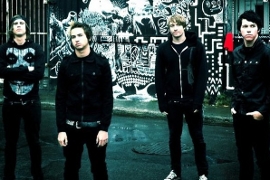 Interview with Drive A vocalist and guitarist Bruno Mascolo 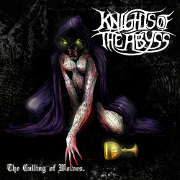 Knights Of The Abyss – “The Culling Of Wolves”