Black Sabbath is hands down one of the most influential bands of all time. I dare say without their innovative and at times inventive style, metal as we know it wouldn’t exist. I have been a fan of Sabbath for just about all of my life and when I was asked to review this I was more than happy to oblige. For the past year or so Eagle Rock has been releasing DVDs that go behind the scenes and document the making of some of the greatest albums ever.

For this installment they have chosen to focus on Paranoid, an album that without a doubt defined a genre and spawned a slew of wannabes and clones. Besides the obvious inclusion of the song “Paranoid,” this original release contained some other Sabbath classics and mainstays such as “Fairies Wear Boots,” “War Pigs” and “Iron Man.” All of these are legendary tunes, so it was with great pleasure that I sat back to watch interviews from now and then as they were writing and recording what would eventually become their Magnum Opus.

I found myself totally immersed in the writing and recording process of these songs. What really blew my mind is when the band’s engineer mentions that it took just two days to record and two days to mix this record. I was completely flabbergasted. The songs on Paranoid have resonated through the past four generations and yet were recorded in such a short period of time… totally incredible.

Quite honestly, this is a terrific DVD package. The interview footage is top quality and the even the older stuff from the early 70’s, (while still dated) looks quite good. The main program alone is worth the price of admission. The bonus material makes the value even better and includes a pseudo tutorial of sorts with the one and only Tony Iommi. These guys truly are metal legends and deservedly I believe. Almost 40 years ago they laid the groundwork for what we today call heavy metal.

If you are like me and enjoy a behind the scenes peak at your favorite artists, than this is a DVD you must have. Watching Geezer Butler, Tony Iommi, Bill Ward and Ozzy Osbourne explain the making of this album in their own words to me was very cool. Check this DVD out, you won’t regret it.

Check out the song: “DVD Trailer” 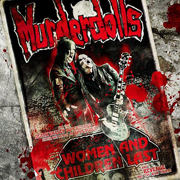 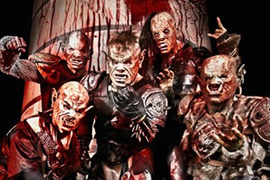