It’s been almost a month since the release of The National’s new disc High Violet, and it’s easy to understand how they’ve become just about the most precious thing in the current indie scene. After 11 years and 5 studio albums – always managing to toe that thin line between the obscure and the mainstream – they have finally reached a plateau of success which may hold. With 2007’s Boxer, The National became unavoidable as critics and listeners shamelessly drooled over the Brooklyn quintet, and all the while their music remained honest, simple, and strangely haunting.

With High Violet, released on May 11 and debuting at number 3 in the USA and number 2 in Canada, The National have galvanized the hype surrounding their music and now step into the limelight to coyly sip on the draught of success. They deserve every mouthful, to be sure, but showering their reputation with accolades would only serve to eclipse the bands true merit, which is, of course, their music.

The album opens with the fantastic “Terrible Love”, which relies upon a backbone of low-fi guitar to carry the entire track, and when vocalist Matt Berninger‘s baritone steps into the storm you are given an immediate sense of this album‘s energy. The rhythm section perfectly anchors the choruses and four and a half minutes later – after mentions of spiders, the rabbit hole, and the soaring refrain of “it takes an ocean not to break” – you’ve just been handed one of the best songs this band has ever written.

High Violet is an overall mid-tempo experience, but this benefits, rather than hinders, the album by accenting the moments of divergence. This record is a success because the songs are able to work adroitly alongside one another and yet simultaneously stand alone as complete phrases, and the ability to impress anew over repeated listens suggests that The National has definitely perfected their craft. This album stands above the mediocre, towers over the industry’s spineless props, and sways deftly with a glow that only a true success can ever hold.

High Violet is deserving of our rapt attention – in case we should miss something this special – and will undoubtedly go down as one of the best indie records of 2010.  [ END ] 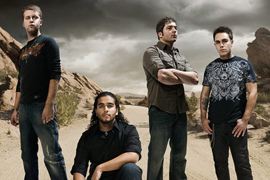 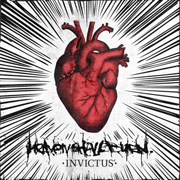