Unia is the partitive plural of the Finnish word ‘uni’. In English uni translates to the word sleep. This is the name of Sonata Arctica’s fifth album and after years of being one of the leading power metal bands worldwide, Sonata Arctia has with this release reminded us of why they have such a high ranking.

Before listening to Unia, take notice of the visual displays throughout the album. These were done by Inferi Art/Janne and Gina Pitkanen. The reoccurring black and red design covers the majority of the album cover while the rest of the disc displays images of band members in various scenarios (at the bottom of these pages the band take the opportunity to state their thank yous).

On this release Sonata Arctica have kept with their traditional power metal sound but have also brought in some progressive influence. Jani Liimatainen’s guitars are simple but with heavy riffs that are overlayed by Henrik Klingenberg’s melodic keyboards/hammond. To play alongside Henrik is Tony Kakko who also contributes some keyboards but mainly offers us his stunning and powerful vocals.

Keeping the rhythm is Marko Paasikoski on his bass and Tommy Portimo who drops a simple but mature drum line. One song I especially enjoyed was “It Won’t Fade”; the chorus is one that I catch myself singing. There are a ton of backing vocals rendering it rich and full. In fact, the vocal line throughout the entire song just attacks you, demanding to be heard.

Unia, the 2007 release from heavy weight power metal band Sonata Arctica, is the band’s last recording involving guitarist Jani Liimatainen. Right after the release of this album Jani was let go and was replaced by Elias Viljanen who had filled in for Jani on a past tour. With a new guitarist the future of Sonata Arctica looks bright. So as quoted from the back of the Unia booklet “Kauniita Unia (Sweet Dreams)”.  [ END ] 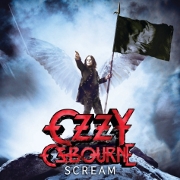 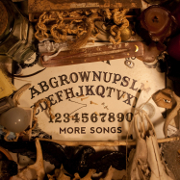