Multi-platinum, Grammy-nominated Papa Roach debuted their video for new single “Kick in the Teeth” exclusively on VEVO, the internet’s largest music video content provider. The track is the lead single, which is currently leaping up radio’s Active Rock chart, from the band’s August 31 release ‘Time For Annihilation… On The Record And On The Road’, their debut album on new label Eleven Seven Music.

“Kick in the Teeth” is one of five new tracks to be heard on ‘Time for Annihilation…’, which will be rounded out by live material hand-picked by Papa Roach. The band urges fans not to confuse the August release with an unauthorized greatest hits album, ‘To Be Loved: the Best of Papa Roach’, which contains no new material, and was released today by their former label without the band’s endorsement.

“As a band, we always push ourselves to evolve musically and pride ourselves on putting on an entertaining and explosive live show. ‘Time For Annihilation…’ captures both these elements and delivers the true essence of Papa Roach,” says frontman Jacoby Shaddix of the release, which was produced in the studio by veteran hit-maker David Bendeth [Paramore, Breaking Benjamin, Drowning Pool].

The new album also contains a special hidden track, personally recorded by Shaddix, encouraging fans to support the WhyHunger organization in their fight against hunger and homelessness. The frontman – who was homeless as a child – will also be recording a PSA for WhyHunger to help raise awareness for their free National Hunger Hotline, (866) 3-HUNGRY. 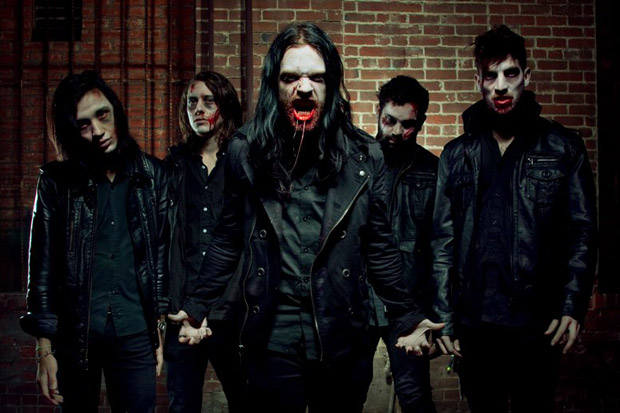 BLACKDIAMONDSKYE and VANS Team Up for Exclusive Shoe