Legendary rockers, JPT Scare Band, released some of the most collectible psychedelic/acid rock of all time, and now they’re about to release their first ever music video. Banded together during the tumultuous years of the early 70’s, JPT Scare Band fused a sound equally heavy in hard rocking blues as it was tripped out in psychedelia, creating a sound so imposing that it perfectly reflected the emotions of the era. Hailed as one of the “lost pioneers of Heavy Metal” by Classic Rock Magazine, JPT Scare Band has seen a resurgence of interest by fans of 1970’s heavy fuzzed out rock.

Now, on the heels of the release of their new album, ‘Acid Blues is the White Man’s Burden’ on Ripple Music, JPT will unveil their first ever music video for the new JPT classic, “Not My Fault,” a song written by JPT in the ’70’s but never recorded until the early 2000’s. The video makes direct use of the song’s title and biting sarcast edge as it assails BP for their denial of any blame for the Gulf Oil Spill disaster. The video is thought provoking and inflammatory, in addition to being a good ‘ol rock video, with tons of never before seen footage of JPT Scare Band doing what they do best.

Released as a special event, “Not My Fault,” will makes it’s exclusive debut as a limited world-wide premiere on some of rock’s finest websites.

Starting Monday, June 14th and for one week, the new JPT Scare Band video can be found only at these fine sites.

If the video touches a nerve with you, including it’s poignant ending, please pass it on. Let’s create a ruckus in BP’s world. The song “Not My Fault,” and the album, ‘Acid Blues is the White Man’s Burden’ can be found at www.ripple-music.com. 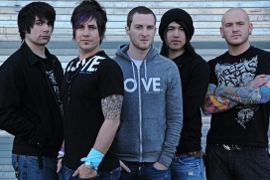