Ryan Loerke, drummer with the band Secret and Whisper, recently spoke with me about the brand new release, Teenage Fantasy. This is an extremely glossy, well-produced, great sounding alt/pop metal record. The catchy riffs, powerful vocals and great melodies combine with deeply personal introspective lyrics that resonate long after the songs are over. Teenage Fantasy is a perfect record to crank in your car on a hot summer’s night with the windows rolled down. Here is what Loerke had to say.

Since this is your first interview for PureGrainAudio, can you introduce the band and tell us how it all got started, that kind of thing?
Ryan: Well, our band is called Secret and Whisper and we are kind of made of the remnants of two bands put together. Three of us used to be in a band called Stutterfly, (Me, Jordan and Jason), Charles sang in a band called thebleedingalarm and Dave played guitar for a band called Oceans Apart, which was with the old singer of Stutterfly. So, we have all known each other for a long time! After our singer left Stutterfly, we started writing new material and looking for a new singer. We found out Charles had parted ways with TBA and things just fell into place. After we started writing together, we really felt that it really wasn’t Stutterfly anymore.

The name of the band, Secret and Whisper, is interesting to say the least and sounds as if there is a story behind it. Where did the name come from and what is the story?
Ryan: I guess you could say there is a bit of a story. It is pretty much just about how our band started; we were all playing together and there were rumors it was happening, but we had to keep it pretty hush-hush because of label hoopla. That and SAW is a pretty sweet acronym.

Now that your brand new CD, Teenage Fantasy, is complete, how do you feel about it? Are you satisfied with the outcome?
Ryan: The new CD is definitely something I am most proud of and I am sure I can speak on the other guy’s behalf on that one. It was just such a natural process and I do not have any regrets about it. Writing it was a ton of fun and it was so good not having any pressure. A lot of bands are always worried about the “sophomore slump” and to be honest, we did not really care what people thought of the songs. We also did not have any idea of what we wanted the album to sound like; we just wrote whatever we felt like. It makes it much easier to be creative that way!

What was the writing process like for this CD? Did you guys all write together? How long did it take?
Ryan: We all have our parts in writing and it works well. Jordan is the idea guy who starts the ball rolling with most songs. Many don’t know that Jordan is an unbelievable guitar player and has a huge part in writing the SAW songs. Jason is the guy that takes Jordan’s ideas and polishes them, while adding in his little touches. I work with Jordan on the production/arranging side of things, along with the electronics and samples. After we get a rough idea together, we start jamming together and that is when the songs take shape. We usually record rough demos with fake drums, jam out with the band, re-record the songs, listen, repeat. We always do music first and then vocals after; it is just how we work! Just like any musical project, some songs took a while and some were done really quickly. It varies!

Even though the songs on Teenage Fantasy are packed to the gills with huge guitars, intricate rhythms, and huge melodies, there are still strong songs at the core of it all. When you write do you start building from a simpler frame and then just stack up all of the individual parts and nuances?
Ryan: Thanks, I appreciate the compliments! We usually start with a single riff and build from there. I am all about layering and making sure that dynamics are a part of the song writing process. I really think that having a dynamic album is really important.

What kind of music are you listening to? Do you keep abreast of new music?
Ryan: I know that we are all pretty dang stoked on the new Deftones’ record. It is definitely my favorite since White Pony came out! As far as all the AP bands and all that junk, no. We are not too much into that. We all have pretty different musical influences, but nothing like what is in the “scene” these days. We always keep tabs on our friend’s bands and what they are doing; it is great to see The Skylit Drive dudes doing so well, as well as DGD. The last band I checked out was Of Mice and Men, mainly because it’s composed of guys that I’ve toured with over the years; Tino from Lower D, Shaelee from Covette and Phil from when he played with A Static Lulluby. Other than that, not too much.

Teenage Fantasy comes to us by way of Tooth & Nail Records. Are you happy the way they are handling the record, regarding distribution, marketing and promotion? How has the label been accommodating the band’s needs?
Ryan: The people at Tooth & Nail have been great. We do not tour as much, and they have been totally cool with that. We are not the same band as we were 2-3 years ago, as everyone is older and priorities have changed. However, we still plan on doing as much we can!

How much roadwork do you expect to be doing this 2010?
Ryan: There are a few things in the works, so keep checking our MySpace page for updates.

What kind of preparation goes into your live show?
Ryan: Well we practice a lot before we play live. We are meticulous with how we play and want to make sure people are getting an experience that surpasses our CD performance. What is the point of seeing a band live if it is just going to be like listening to their CD on a big sound system?

Any closing words?
Ryan: Thanks to everyone who continues to support us in doing what we love to do.  [ END ] 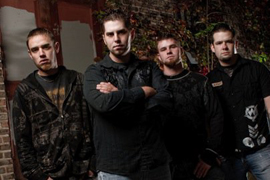 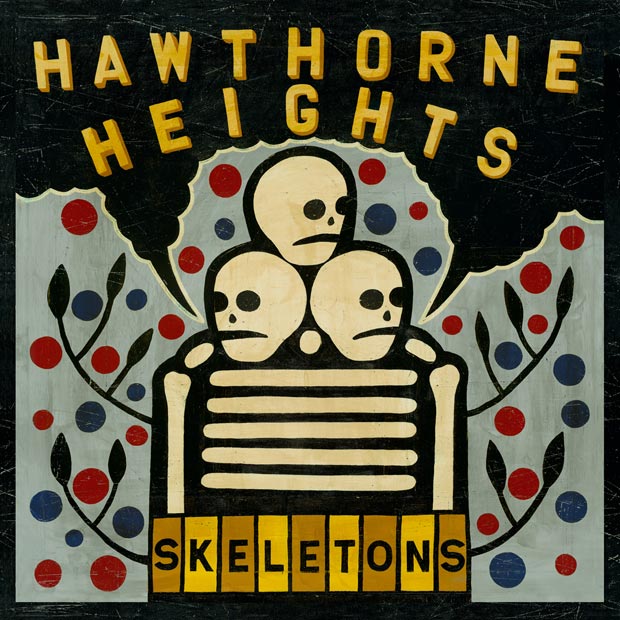