Frontman Jamey Jasta (Hatebreed) and guitarist Kirk Windstien (Down/Crowbar) are back once again with a new album from their band Kingdom Of Sorrow. Behind The Blackest Tears is the band’s second release and it is one powerhouse of a disc. While the disc is a bit of a departure from Jasta’s work with Hatebreed, (it is a bit darker and a bit heavier) it is the perfect outlet for Jasta to explore other musical directions outside of his primary band, Hatebreed. Kingdom Of Sorrow will be touring this summer as part of the Ozzfest on its run through the States and then they will be playing the festival circuit over in Europe. Jasta took some time out of his more than hectic schedule to speak with me about the band and the new CD, Behind The Blackened Tears.

Hey Jamey how are you?
Jamey: Doing well thanks.

Where are you at?
Jamey: I am in Connecticut getting ready to hit the road.

You stay fairly busy. I just spoke with you back in November when Hatebreed was on tour with Cannibal Corpse. How do you keep up?
Jamey: It is just crazy man. It is getting to the point where I am probably just insane. But at least I am still being channeled to put out music. Whenever I get the feeling, I break out my pad or I break out my guitar and I write. Right now things are flowing and I just want to go with it.

Now that your new CD, Behind The Blackened Tears is complete, how do you feel about it and are you satisfied with the outcome?
Jamey: Yeah. I am happy that the record is finally done. I always hear various little things that I wish I could change but with this one I am pretty stoked about it still. I have been living with it and listening to it since January and it is still giving me the same kind of feeling that it gave me in the beginning when we wrote the songs. So yeah I feel good about it. I think the production is much better than the first album and the songs are better than the first album as well. I think as long as you have done a better album than your last one than you have done okay.

What was the writing process like for this disc?
Jamey: This time around I wrote more of the riffs but me and Kirk collaborated throughout 2009. I sent him a disc of about fifteen songs in the beginning of 2009. So he had a long time to live with them and change how he wanted to change them. The record came together pretty easily. Once we get in the studio and we start recording we don’t over think them. We just go with what is rocking and what is memorable. Whatever cool riffs fit together well we just put them together and bang it out.

Can you give me a little insight into the title of the disc, Behind The Blackened Tears?
Jamey: When I was a kid I used to have night terrors and one of the figures that used to visit me in this night terror was a female type figure with this sort of black substance in her eye sockets. As a child I also suffered from sleep paralysis too and when I would wake up, a lot of times, I was paralyzed. In the times that I could get up and actually write about it I would just sort of jot it down in a diary. Eventually I will write a whole album based upon those night terrors.

You guys keep things very interesting thematically. Can you talk about some of the subject you tackle on this disc?
Jamey: Yeah sure… absolutely. The cool thing about this record is that not every song had to be about an experience or something that we had gone through. The beauty of doing this band as a side project from our other bands is that we can step out. We have always said that Kingdom Of Sorrow is a place. It is a place we can visit creatively, artistically and thematically in our songs. The song “From Heroes to Dust,” which Kirk sings vocals on, is just about forgiveness. I just thought about people that were heroes of mine and people that I looked up to that had let me down and I just said that I do not hold anything against them anymore. So this is a more personal song. “Envision The Divide,” is based on musicians who have passed away and how they live eternally and communicate from the grave with their music. Then there is a song called “With Barely A Breath,” which is about how I believe everything in the universe is connected in some sort of way and how a drop of something in the ocean may not seem like it has an affect, but it does. Then there are harder faster songs such as “Sleeping Beast” and “Salvation Denied,” which are about violence in society and violence within relationships.

Are the any tracks on the disc that are personal favorites or that have good stories behind them?
Jamey: Definitely “Monuments Of Ash.” To me it is crushingly heavy but it is mid-tempo and still rocks out. The lyrics are based upon empires in history that have fallen and how they frighteningly compare to today’s current society.

The artwork for this disc is quite interesting. How does it tie in with the title of the disc?
Jamey: We tried to keep the theme from the first album with the knight, the snake and the sword. We also wanted to go with something that was very metal looking. We are all about the metal with this band so it goes with the theme of the last album but sort of builds on it.

You guys are going to be heading out on the Ozzfest this summer is that correct?
Jamey: Yeah we ended getting on like five or six dates for the Ozzfest this summer and we will be playing with bands such as Motley Crue, Black Label Society, DevilDriver and Ozzy. Being in a very underground side project sort of band it is a good way for us to find and play to ten thousand people every day. It would take us months and months of playing club shows to get our music out to that many people so it is going to be a really cool opportunity for us.

What other plans do you have for the band?
Jamey: Well we have been offered a lot of stuff that we have unfortunately had to turn down because of our crazy schedules. I think we will go to the UK and then to Europe, at least for some festival dates and then at some point we will tour the United States. The last time we did a full U.S. tour with Gwar I did the tour without Kirk and I was a little bit worried about how people were going to receive the band with just me and not Kirk there. But it really went over well and everybody was really supportive.

Are you taking a break from Hatebreed then?
Jamey: No, obviously Hatebreed is my first priority and we will be playing the second stage on the Mayhem festival all summer. So Hatebreed is still doing all these amazing things after so many years but this is just a different place creatively that I can go to and it does not really interfere.

Wow, so you are planning on being on two summer tours?
Jamey: Yeah, I think I am going to be the first frontman to be involved in two summer festivals with two different bands. So that is pretty cool.

Any closing words?
Jamey: Thank you to all of the readers and thank you for taking the time to do this interview. I really appreciate it. Anyone who wants to check us out can do so on Twitter, Facebook and Myspace.  [ END ] 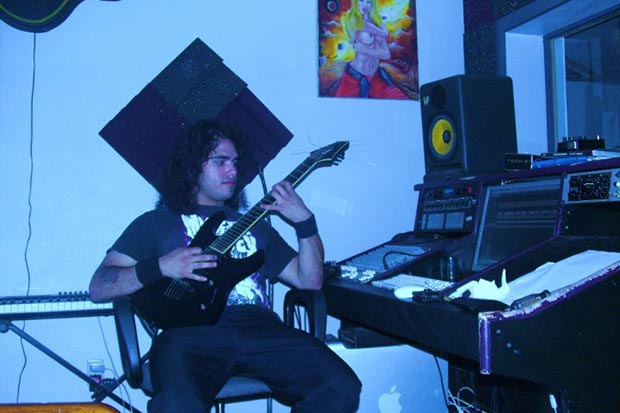 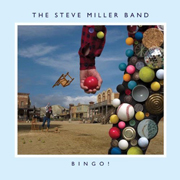