Early Graves guitarist Chris Brock took some time out of his busy schedule to speak to me about the band’s new CD, Goner. This is the band’s sophomore release and a disc that I feel is more mature and more focused effort. In the band’s bio, Brock describes the disc as, “leaner and more aggressive than the last album.” The combination of hardcore and thrash, elements really make this disc an all out blistering assault from start to finish. You can catch Early Graves on tour this summer with Funeral Pyre. Here is what Brock had to say.

Now that your brand new CD, Goner, is complete how do you feel about it? Are you satisfied with the outcome?
Chris: We are really pleased with the outcome of the record. I think it’s a step forward from what we were doing on our last record, and a stepping stone for what we are going to do on our next album.

What was the writing process like for this CD? Did you guys all write together? How long did it take?
Chris: I write a lot of riffs and then bring them to studio and make a skeleton with Dan and then we demo it. The rest of band usually listens to the demos and then we fine tune the actual song to make it go from here to there the best. The writing for Goner started sometime in the January of 2009, we wrote the title track as is just a bit after our first album came out and then in between tours we would just keep chipping away at writing. We write a lot of stuff and fine tune it as we go.

How quick are you in the studio? Can you usually knock things out in a couple takes?
Chris: We had practiced these songs so much that it was really fast. I think all the tracking was done in like 6 or 7 days. We were really all firing on all pistons once we got into the studio because we demo so much. There are probably 5 or 6 versions of some songs and really, there wasn’t that much difference between the actual demos.

Do you decide on a suitable sound fairly quickly, or do you tend to tweak tones obsessively?
Chris: We just pretty much set up and play for the most part. We might have spent at most 3 or 4 hours on all sounds together. Most of the sound of a band like ours comes from playing as hard, fast and powerful as possible, with as much distortion as you can.

What are some of the lessons you’ve learned since recording and touring off We, The Guillotine?
Chris: Being honest with each other about what we like and what we don’t like before we actually recorded. On the last album there was a lot of “concepts” and sometimes “concepts” waste time and distract. One big influence was Nirvana. Nirvana songs go from point A to point B without a ton of bullshit and frills. At the end of the day, we are a heavy band and as long as the actual songs are as good as we can make them, our music will get across. I guess there was a learning curve seeing as it was our first album.

After listening though the disc it seems to me that the new material is significantly heavier and more aggressive than We: The Guillotine. What brought on this newly envenomed attitude?
Chris: All of us saw on the same page when we started to get going for this album. One thing was to cut the fat off the songs and make riffs that were memorable enough to play more than once. We really just wanted to make a no bullshit heavy album that is as relentless as possible and I think we came close to the original vision of that.

Was this shift in direction to a heavier, more extreme style a conscious effort or do you think it was a natural progression?
Chris: I’m glad you ask, because I do feel like Goner for whatever reason is much heavier than We: The Guillotine, which itself is a pretty heavy album. There was nothing conscience about getting “heavier” so much as writing better songs. This was just the next 10 songs that we wrote. The next album we write maybe different, but in general we will always be a heavy band that writes and plays heavy songs and we love to do it.

How is the current economic slump affecting your band?
Chris: We don’t make any money doing this and as long as we’ve been a band we have eaten shit on tour and made just enough to get us to the next city. I will say that the current economic state definitely shows the difference between people who like music and people who love music. When you go into a new city and people are there who love music, who buy merch or a CD and actually give a shit enough to show up it is pretty amazing to me.

In a hundred years what will the music history books say about Early Graves?
Chris: Early Graves were okay, but Entombed was better.

Do you have any touring plans made yet?
Chris: We will be touring and sweating our asses off all summer long with the Funeral Pyre and you can see our tour dates on our MySpace. Also, we are playing the Power Of The Riff fest with COC (Animosity lineup), Goatsnake, Repulsion and a ton of other amazing bands on August 8th in Echo Park so if you are around, come to that!

Any closing words?
Chris: Check out Goner which came out June 22nd on Ironclad/Metal Blade records and check out our tour dates and come hang out with us. If you like us, please buy our record online. Also, thanks for supporting us at PureGrainAudio, you guys have been cool to us since we started and we really appreciate it.  [ END ] 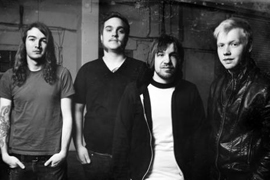 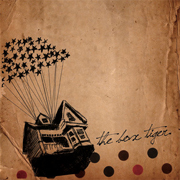