On June 8th Eyes Set To Kill released their highly anticipated album, ‘Broken Frames’ through BreakSilence Records which you can purchase from iTunes or Amazon. The band is currently premiering the new video for the title track on MTV. Check it out HERE.

AOL Radio is also giving away an MP3 of “Broken Frames,” download it for free HERE.

Recorded at Wade Studios in Ocala, FL with producer Andrew Wade (A Day To Remember), the album takes the sparkling melodic prowess that Eyes Set To Kill has become known for, and fuses it with a new found sense of aggression to create the heaviest album of the band’s career.

“Andrew Wade is really the first producer that ever challenged us as a band and took us out of our comfort zone. He made us try things that we probably wouldn’t have done in the past,” Alexia said. “Andrew had me try a lot of different things and he was the one that suggested I try singing an octave higher for this record, which really helped me try and find my voice as a vocalist.”

“On our last record we were concentrating so hard on writing solid songs that we forgot to visualize how they would work in a live setting,” adds guitarist Greg Kerwin. “With this record we wanted to make sure that the material would make our fans go crazy when they see us live, but still be fun for us to play live.”

Eyes Set To Kill will be playing on the Warped Tour this entire summer. Make sure to check them out on the Ernie Ball Stage each day. For a full list of tour dates go to the Warped Tour website. 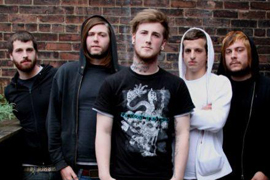 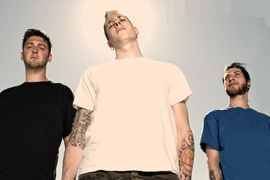