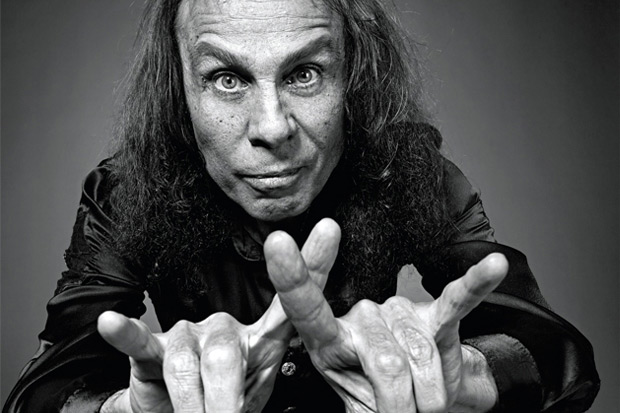 Ronnie James Dio: “Horns Up to the Metal God”

May 16, 2010 Ronnie James Dio passed away after a battle with stomach cancer. This was a sad day for metal fans worldwide. But instead of mourning his passing, let us instead remember all of the great things that he has brought to this world. First and foremost, the man created the devil horns! I mean, this is THE symbol for rock and metalers worldwide – every rocker tends to throw the goat instead of a plain old thumbs up. Oh, and he also created some great music.

Ronnie James Dio, or Dio as he was globally known, has been in many great bands over the years including: Black Sabbath, Rainbow, Elf, Heaven N Hell and more. He even had a project named Dio which released 10 studio albums, 4 live albums, 9 compilations, 1 EP and 5 VHS/DVDs. This band went through a number of member changes but Ronnie James Dio was always a constant member. Each release was magnificent and showed why Dio is iconed as one of the top musicians ever in history. His ecstatic vocal chords were easily some of the best man would ever hear. The last known incarnation featured Dio (vocals), Craig Goldy (guitar/keyboards), Rudy Sarzo (bass), Simon Wright (drums) and Scott Warren (keyboards).

Even with his sad passing, we must always remember Dio was a master at music and has and will continue to influence innumerable bands. He will forever live in our hearts and be viewed as nothing short of a legend within the realm of metal. A month prior to his passing, Ronnie was named ‘Best Metal Singer’ at the Revolver Golden God Awards 2010. Now everyone mourn Dio the way he would want. By cracking some brew and listening to any of the music Ronnie James Dio has released in his staggering six decades of work.

Check out the song: “Holy Diver”