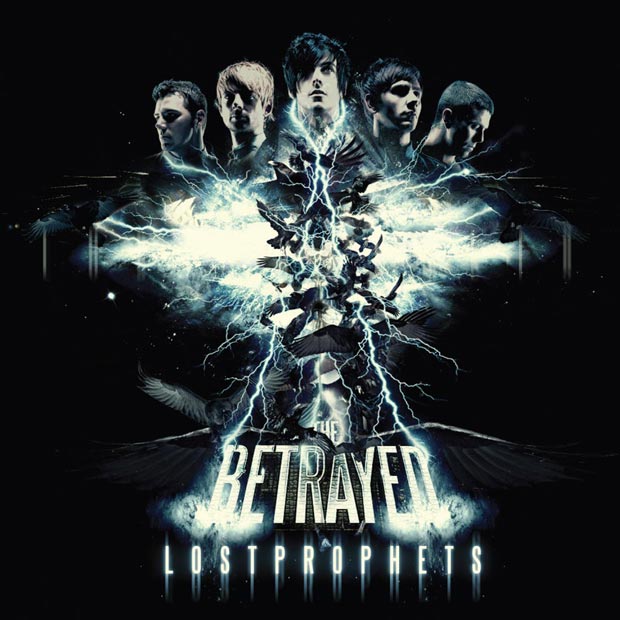 Three albums down, containing three different styles of music; where could Lostprophets venture next? That was the question posed to the band after their third album Liberation Transmission had been released in 2006. Lostprophets responded in January of this year with The Betrayed and it is quite clear that they decided to bring together all three of their previous albums.

The alt metal of Thefakesoundofprogress, the alt rock of Start Something and the pop rock of Liberation Transmission is all mixed into the latest effort. The result could have been a boring reminisce of previous years, or The Betrayed could have been a rebirth of a band who previously appeared to be struggling to create the shock waves that they used to stir. It would be fair to say that the band appear to have done a decent job of the latter.

“If It Wasn’t For Hate…” is an angst-ridden opening track but it’s quickly overlooked when it’s followed with hard-rocking pop song “Dstryr/Dstryr”, a track that would have comfortably slotted into platinum rated album, Start Something. The two prominent singles of the album are up next and they let the listener down, as they reek of manufactured rock, a term that could so easily be fixed on previous album Liberation Transmission.

However, the early fans of Lostprophets may find hope in track five, “Next Stop, Atro City” as it brings back memories of the band in their heavier days. They have always claimed that hardcore band Refused were huge influences on them and in the verses of “Next Stop…” you wouldn’t be hard pushed to imagine the song on The Shape Of Punk To Come. Despite this, the majority of The Betrayed is filled with fairly benign hard-pop-rock songs but while not spectacular, it’s far from disappointing.

Lostprophets have always thrown in a few special moments in all of their albums and The Betrayed is no different. “Dirty Little Heart” contains an outro that is of a high standard, similar to those outros/interludes found on Thefakesoundofprogress. Moreover, there is a competitor for hidden Start Something track “Sway'” in “The Light That Burns…”, a song that is perfect for the end of any album.

However, the song most overlooked and under appreciated is track 7, “A Better Nothing”. A neat piano riff builds up into an infectious chorus and the well worked interlude leads to an epic ending, reminding the listener that Lostprophets are still capable of producing quality comparable to “Last Train Home” and “Last Summer”. It is just a shame that “A Better Nothing” was not considered sell-worthy enough for a single.

The Betrayed is far from perfect, but it is encouraging to see that the band are trying to reinvestigate their roots although there’s a feeling with this album that they’re trying too hard to venture back into the past. Despite this, The Betrayed is an enjoyable listen and still keeps interest strong in Lostprophets.  [ END ]