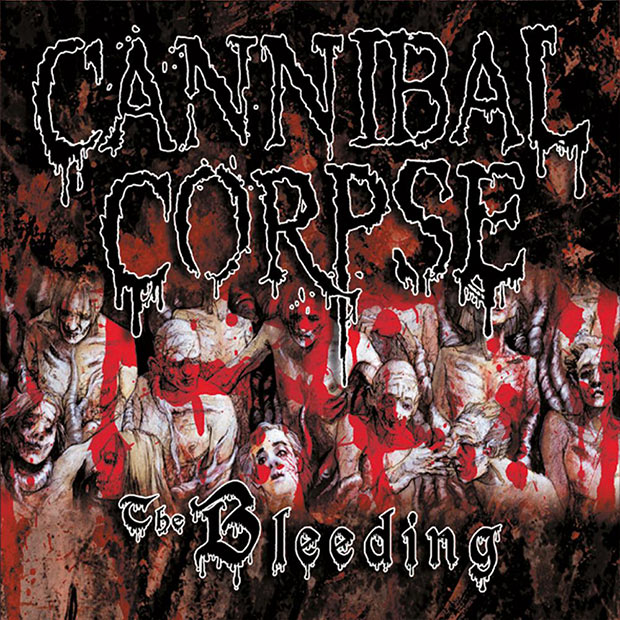 Back in 1994 Cannibal Corpse released their fourth studio album The Bleeding. It was a gigantic album and did wonders for their career since it debuted guitarist Rob Barrett and was the last CC release to include then vocalist Chris Barnes. Along with these members, it was also the top Cannibal Corpse release to date selling 98,300 copies. Moreover, the Billboard charts first heard of Cannibal Corpse when this gruesome release hit it hard. In 2006 Metal Blade Records re-mastered this epic album with new cover art and a bonus track. This band has made a carrier from this album.

The Bleeding features many favorite Cannibal Corpse songs such as “Fucked With A Knife”, “The Pick-Axe Murders” and “Forced Fed Broken Glass”. All eleven tracks are pure death metal making your ears bleed from inside out. Ripping off heavy instrumentals and gutter-low growls is what chaos derives from this CD. The difference from this album to any other Cannibal Corpse releases is the guitar work; it was more groove oriented then past efforts. Since this edition is a re-mastered album, the band has added a bonus song named “The Exorcist” which is a Possessed cover. It is a well done cover and we all know that Chris Barnes is a master at covering songs… *cough cough* Six Feet Under.

The Bleeding is a one of a kind album that has made history in the metal books. All fans of death metal need to buy this release and every other Cannibal Corpse album ever made. Fans of Six Feet Under, Hate Eternal, Torture Killer and Death will love to smash their head to this re-release.  [ END ]