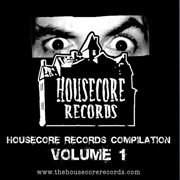 This compilation disc, released on Phil H. Anselmo’s label is a collection of some of the best bands the extreme metal scene has to offer as well as some experimental avant-garde music. Bands such as Soilent Green and Eyehategod were familiar names to me but I found myself introduced to many bands I had not heard of before, bands such as Bum Freak In Egypt, Rat In A Bucket and The Sursiks.

Disc 1 of this CD is not for the faint of heart as every track provides a brutal battering that pounds the listener into submission. Things get quickly underway and cranked up on the opening tune as Evil Army launches into a wicked assault on the tune, “Sgt. Says Kill,” a molten metal tune that sets the tone for the rest of this disc. My favorite tune on Disc 1 however, is by far the self-titled song by Soilent Green.

Disc 2 is a bit of different story. The tunes on this disc are quite different to say the least. Some are quite peculiar while others are so experimental that they border on the bizarre. By far, I think the most interesting tune one this portion is a song by The Sursiks called “Pork Chop Dinner.” This tune mixes answering machine messages with lots of odd instrumentation resulting in one of the oddest songs I have ever heard. There are nine more tracks on Disc 2 that are without a doubt innovative and at times downright off the wall.

Bottom line, if you are a fan of extreme music (not just metal) this will be right up your alley. Music fans that dig things a bit off of the beaten path will also be able to appreciate the sheer variety of acts showcased on these two discs.  [ END ]