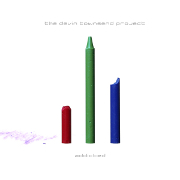 “Say sorry to your genitals”, “Proud to be Canadian”, “Welcome to A&W, my name is Devin, may I take your stinkin ORDER”. These are a sample of the lines I have heard Devin Townsend shout into the crowd. The legend of the Canadian metal scene is back and ready to show us that he is more than the skulleted angry man from Strapping Young Lad. He is the genius of all genres of music. Currently Devin is producing a four-album series under the name The Devin Townsend Project. Each disc is touching upon different aspects of music. These four albums are Ki, Addicted, Deconstruction and Ghost. But, let’s not get ahead of ourselves. We’ll begin with the one that has grasped my attention since its release day, Addicted.

Devin Townsend has written 10 tracks of what he has personally labelled: melodic, danceable, and heavy music. I could not agree more. Each track is unique, giving each its own identity. Songs range from heavy crunchy instrumentals with distorted vocals to upbeat distorted guitars with clean vocals. You are literally able to groove to some songs while others make you want to head bang. The common thread between the songs, besides distorted guitars and Devin’s voice, is that they are catchy. In the words of Devin Townsend “OH! You’re Addicted!”.

Brian Waddell (bass) and Ryan Van Poederooyen (drum) once again pick up their instruments under the new name of The Devin Townsend Project. Mark Cimino also grabs his guitar to assist. Anneke Van Giersbergen (ex The Gathering) lends her voice on this album singing side by side with the man himself, Devin Townsend. Devin is amazingly talented. Not only does he demonstrate his great vocal range, guitar and keyboard skills, but he also produces/mixes the record. This man can do it all and does it well.

Addicted is the perfect name for this album. I have been addicted to this release since the day it came out. It made it on my top 20 list of 2009 CDs and leaves me anticipating the next two parts of the series. Fans of Strapping Young Lad and Devin’s other solo projects will love this record. Also, fans of The Gathering may enjoy hearing Anneke Van Giersbergen’s vocals. OH I’m Addicted!  [ END ]