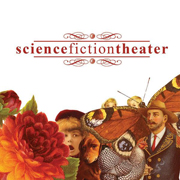 Indie, pop and rock all mashed into one massive melodic hook would be the best way to describe Science Fiction Theater’s (SFT) self titled debut album, released in 2009. Thankfully the band are back in the studio recording their highly anticipated follow up as this review is written.

It doesn’t take long for the listener to see the true quality of SFT’s song writing skills as opener “Gasoline” is one of those typical pop rock songs that you hear on radio day to day. The guitars are melodic and soft, drums are basic and the voices of Matt and Mike Jimenez are every bit as comforting. Although they’re the type of band the average mainstream radio listener would enjoy listening to, they do have an edge about them which most rock fans would be able to enjoy as well.

The distortion and pace towards the end of “Hold” and “On The Shelf” are very enjoyable, while the slower songs such as “Candle Counter” are nothing more than disappointing and definitely avoidable. Therefore it would be fair to assess that SFT are better when they’re really going for it and looking to finish with a bit of noise.

They leave their best till last, “We Always Bleed” has an infectious bass riff and melodies compete throughout. Truth is if more of SFT’s songs sounded like this rather than the majority of slow uneventful tracks, they could be more of an eye opening band.

The pop hook and talent is there, but they need to choose between being a soft rock band or a louder indie band because the teasing great rock songs are almost infuriating to listen to. SFT’s second album could be make or break time for these Californians.  [ END ]