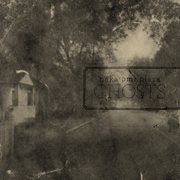 Ghosts is sadly Nakatomi Plaza’s final album, something I didn’t realise until the day of writing this review (I suppose the words ‘final album Ghosts available’ on their official website should have been a slight giveaway). Despite my late discovery of their music I still felt a smidgeon of sadness upon reading this news because Ghosts is a great record.

On their MySpace page the band list Nirvana, Dinosaur Jr., Fugazi and The Beatles amongst their influences and throughout Ghosts you can clearly define each band in different songs. Just like Nirvana’s music there is a clear definition between quiet and loud in Nakatomi Plaza’s music while there are a few solos mixed in, not far off the simplicity and brilliance of Kurt Cobain. One thing that Nakatomi Plaza won’t be remembered for however is their vocals. Oscar’s vocals are comfortable but at times when he tries to raise his voice the result just isn’t desirable, compared to the quieter moments where he thrives. The three-piece however, had a brilliant power and energy behind them as can be found on the numerous Youtube videos circulating and Ghosts conveys this force well.

The album kicks off with “Bomb Shelter”, a fast and catchy song and is the perfect song to begin with. However, the highlight of the album is found straight after in “The Ghost Intrigue” which contains one of the best choruses of 2009 and builds up into a simple solo which sounds absolutely phenomenal. Despite the best song sitting just minutes into the album, it does not mean that the rest is not worth hearing. It should instead set you up for some more great music in songs such as “It Came From The Outside” and “4017”. There are a few tracks such as “Requiem” and “Pigs Will Pay” which aren’t brilliant, but they aren’t poor either. Towards the end we even find ourselves with a slow mellow effort called “Words” which has an exciting finish, while “Song For Al” is a sublime instrumental rock song.

There is no doubt that those people who had heard of Nakatomi Plaza will be upset that they’ve called it a day, while thousands will go on for the rest of time oblivious that this great band even existed. At least the band went out with a bang, with what was arguably the better of the two albums they released.  [ END ]