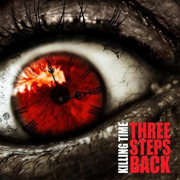 For all the fuss being made in the indie scene about bands like Pavement and The Jesus Lizard reuniting for another lucrative go-round, in the hardcore punk scene, the talk has been about the original members of Killing Time finally playing music together again. But rather than rest on their legacy of punchy sociopolitical anthems, the boys have hit the studio again, releasing their first record in at least a decade.

Thankfully, they have not lost any of the power that marked their earlier recordings and show on Three Steps Back that they can still kick up a swirling duststorm. What time hasn’t helped heal is the raw hurt and disgust with the world that still permeates their lyrics like a fungus. They take aim at everything from Internet haters (“Cropduster”), urge their own weary bodies to “get on with the show” (“Flight Plan”) and, pretty daringly, take a hard look at themselves, shaking skeletons out of the closet and fully appreciating what they would call maturity.

It’s a hard thing sometimes to connect the idea of growing up with a band that is playing music as youthful and exuberant as hardcore punk, but by not tempering their sound, Killing Time proves that you don’t have to go gently into that good night.  [ END ]