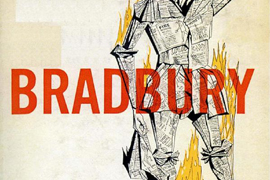 Things Are Not What They Seem is the newest release from the band Bradbury. Guitarist and vocalist, John Reaves spoke with me about the disc and the mission they have to bring their brand of rock to as many people as possible. This summer the band will be embarking on a tour of the Northeastern United States as part of The Misinformed Adventures Tour. This is what John had to say.

Every band has its musical influences. What are some of the other bands and artists that have greatly influenced you guys and your music?
John: We get influenced musically by many different bands, from Metal bands like Trivium or As I Lay Dying, to Rock bands like Coheed and Cambria, or indie bands like our boys from Your Otherself. When people conventionally say, “we were influenced by a certain band” they normally sound like those bands in one way or another. I feel like our music is far different from these bands. As a guitarist, I have learned a great deal from Matt Heafy, Claudio Sanchez and Andrew Hall. I owe a lot to these musicians.

Now that your new CD, Things Are Not What They Seem, is complete, are you satisfied with the outcome?
John: We are very pleased! The recording of this CD was anything but easy or uncomplicated but when we finally got a hard copy fully pressed copy of our first full-length album, it was great to say the least. We had many complications to get this album released, after recording for a month, the person we originally had to mix the tracks was going through a lot of personal issues and left us hanging. If not for Nick Kay, this CD would not have been possible; we sat in his studio mixing these tracks for hours!

The name of the band, Bradbury, is interesting to say the least and sounds as if there is a story behind it. Where did the name come from and what is the story?
John: To tell the truth, when we first started the band, we had no idea for a band name, but we didn’t want to generalize our band by what our band name was. Most of the time you can tell what style a band is like “Death by Dying,” probably a Death Metal Band. So when we were listing off names, I was reading ‘Fahrenheit 451’ by Ray Bradbury. A friend of ours was listening to our songs and looked at the book and threw the name Bradbury out there, and the rest is history so to speak.

What is the hardest part about being in a touring metal band and what is the biggest obstacle your band faces?
John: We aren’t technically a metal band, but we do get categorized with them frequently, its not too bad since we have a few metal parts in our songs, but when playing a bill full of death metal bands we stick out like a sore thumb, for better or worse. I’d say the biggest obstacle we face is believe it or not, Nashville is flooded with metal bands, so we have to promote our music just that much more.

How has MySpace and the internet affected your band and do you think downloading helps or hinders the artists?
John: MySpace and the internet has helped our band a great deal, we have gained many friends and fans from places we have yet to play. Without MySpace we probably would not have our name out there as much as we do right now. Downloading is a different story. If you look at it like it is your form of revenue then yes, it hurts the band, but if your major concern is getting your music heard, then DOWNLOAD OUR MUSIC! At the stage we are at, I feel honored to be downloaded the more people that hear our music the better. Until they learn to download shirts, I think we are in the good. So long as people continue coming out to our live shows, the internet can do what it wants.

What is your musical background?
John: Me and Nick are brothers and have been in bands together since high school, I was in a band before this and Nick had a few smaller projects together during that time, and when the band I was in broke up, I called up Nick and we got this band together. We started out playing acoustic shows, since we didn’t have a full band at the time, and when we got signed up for a battle of the bands, it kind of forced us to find other musicians, Thus Austin came in! We wrote six songs in three day and played them for the show on the fourth! Fuzz has been a life long badass. We were with out a bassist for a few weeks and at a party one night Fuzz said he was interested in filling the part. Through a long drunken stupor of Nick and Fuzz talking, he became a Muska-Bradbury!

If you could jam with any famous musician, dead or alive, from any century, who would it be and why?
John: Two Words… Alex Lifeson! That man is a beast of a songwriter and I love damn near everything he has put out! I think I could learn a lot from him as he has inspired many of the bands I listen to now.

What is the toughest lesson you ever learned in the studio and on the stage?
John: Studio lesson, make sure you know your parts! The first time I went to record, I took about three hours on one lead, our bassist at the time took I think two days on his bass tracks and we wasted about six hundred dollars on that CD. So needless to say, every time we have recorded since then we practice religiously for weeks before. Stage lesson, watch your step! I was walking from my amp to the mic one night at this “shittastic” bar, and right when I was walking in front of the drum set, I stepped on a weak spot on the stage and flew back into our drummer’s splash, sending that flying into his face! So I stumbled to my feet, not missing a NOTE and started back singing, some old lady was laughing so I gave her the wink and kept on rockin!

Do you have any touring plans for 2010?
John: Indeed we do! July is going to be our first big tour of the year called “The Misinformed Adventures Tour” we are going out with our friends from Your Otherself. We are going all around the Northeastern United States. It should be one hell of a time so if anyone reading this lives around there, hit us up!

What does the future hold for you guys as a band?
John: We are talking to a few labels and are really working our hardest to get to the next level with this band! So the future looks pretty great from where I’m standing!