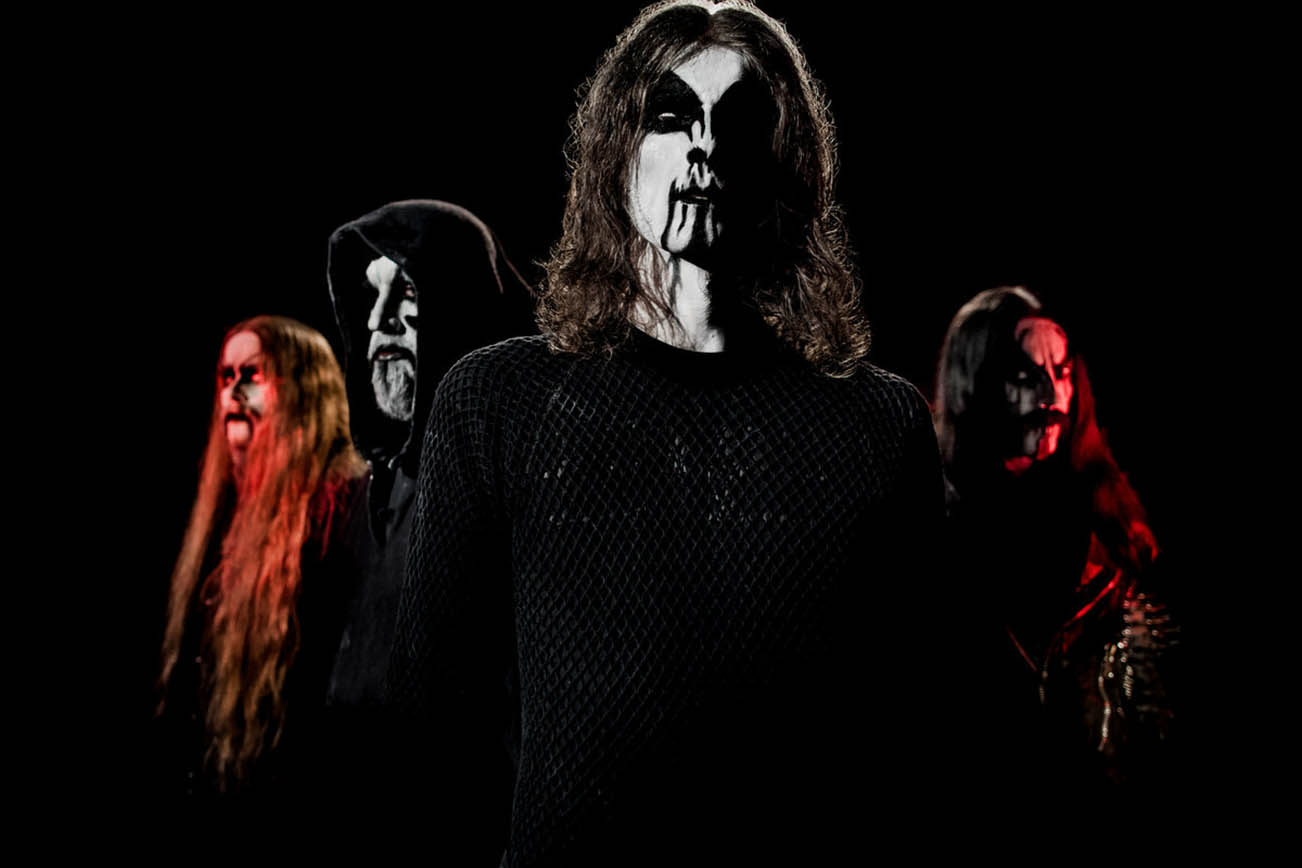 Recently lead vocalist Ravn from the Norwegian Black Metal band 1349 spoke with me about the band’s new release Demonoir. Demonior is the band’s fifth full-length release and it is an extremely dark, extremely brutal affair that is sure to strike a nerve among listeners. The band has a busy year ahead of them and at the time of this interview, they were preparing to embark on a tour in support of Cannibal Corpse. Here is how the conversation went.

The name of the band 1349 is interesting to say the least and sounds as if there is a story behind it. Where did the name come from and what is the story?
Ravn 1349 is a year with strong symbolic connotations here in Norway; the year when the black plague came to our shores and went on to wipe out 2/3 of the country’s population. A truly dark and grim era… so shall the era of our band become, and woe: It seems like it’s about to start.

Your brand new CD, Demonoir is set for release in April. Now that it is complete, how do you feel about it? Are you satisfied with the outcome?
Ravn We have put our hearts and souls into Demonoir, and we are very satisfied with the result. It has the kind of vibe, energies and atmospheres that we wanted it to have. It is varied, but also very wholesome, a combination that was important to us while making it. 1349 has never been so grim, menacing, twisted and frightening than on this album.

What was the writing process like for this CD? Did you guys all write together? How long did it take?
Ravn The writing process was rather short and intense this time. With the exception of a few older themes that had been written a good while ago, most of the album was written, arranged/re-arranged and rehearsed over the course of a few months. Some quite intense months, it has to be added. Archaon wrote most of the material, while the whole band took an active part in the arranging and structuring of the songs.

Your lyrics are infused with heavy detail and raw emotion. What is it that normally gives you inspiration when writing lyrics and is there a theme or themes behind the writing of this record?
Ravn I seldom write lyrics but when I do, it’s usually because I get inspired on an almost explosive level. I will get totally consumed by some idea, experience, or string of mental happenings, and feel weird for a while. It is like tapping into something very forceful when writing and then reading it over. Destroyer (from the band Nocturnal Breed), that was the main lyricist on this album, got a lot of inspiration by the band 1349 and it motivates him to write a particular kind of dark and destructive lyrics. Seidemann, who is truly the poet in the band, usually just pours out his negativity, misanthropy and nihilism on paper and it tends to result in strong lyrics that suits 1349 very well. Each lyric on Demonoir is a poem on its own; not part of a tale or concept.

The new material is significantly rawer and more aggressive than anything that I think 1349 has probably done in its existence. What brought on this newly envenomed attitude?
Ravn We were set on going far and deep with this album. The rawness and aggression was definitely a part of it, but far more important was that dark and twisted atmosphere we wanted Demonoir to have. It occurred to us that a combination of dark ambience and the trademark 1349-brutality would be very potent, and I believe our album confirms that theory.

You have been in the music business for quite a number of years now. What drives you to keep going year after year while the music business is not in a very good state?
Ravn Our existence is not dependent on the state of the music business. It’s about a sincere and burning interest for music and creating something of our own; I feel that our ties with music just keeps on growing as we improve and fine hone our tool of expression, which is 1349.

I have read that you often start 1349 shows with drummer Frost and guitarist Archaon fire-breathing on stage. How did that come about and have there been any mishaps or injuries?
Ravn An element of fire feels like a highly natural part of our show. We are not allowed to do the fire-breathing at that many clubs anymore; certain accidents have led to very strict regulations when it comes to open fire in venues. A few mishaps and injuries have happened, but never on a large scale (this far, anyway).

When you compare the early days of Black Metal to the scene today what do you feel has changed for the better? What do you feel has become worse?
Ravn The genre has basically undergone a rather natural evolution, meaning that there are now more bands and a larger/broader fan base (for good and for bad, really). Some of the excitement around new Black Metal releases is gone, of course; they happen all the time now, and that is a negative thing, but the ability of the most spectacular bands to raise eyebrows is still there. The general technical level of bands has increased, which has to be put on the plus side; while it seems that this development has come at a cost – that of feeling, rawness and dark substance. The one change for the worse that is a true curse for the Black Metal genre is that it has gotten so conservative; so metal. We see 1349 as being in opposition to the general development; hopefully contributing strongly to changing the direction of BM as a whole.

I know you are about to embark on a tour with Cannibal Corpse for a month. What about the rest of the year? How much roadwork do you expect to be doing?
Ravn Quite a lot. We plan to tour more in the U.S. and in Europe, and perhaps go to places where we have not been before. Several one-off shows are to take place as well.

Are you looking at any particular bands you will be touring with?
Ravn Yes. But until plans can be confirmed, I don’t want to reveal anything.