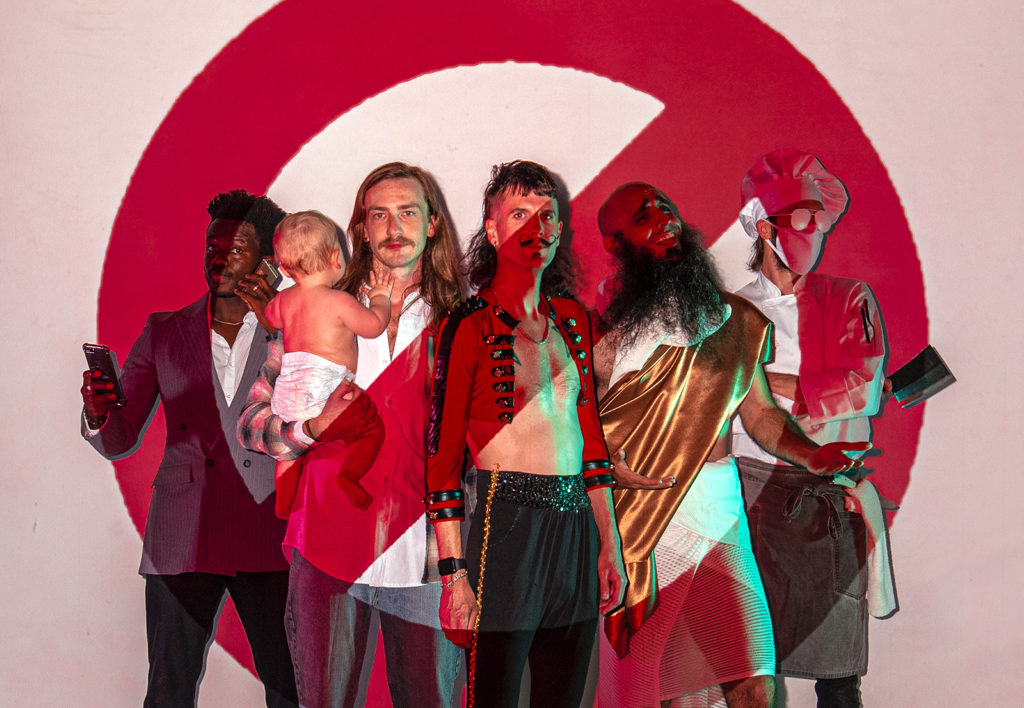 Foxy Shazam have released their self-titled Sire Records album today. The band is offering a few configurations of their album across the world today. Hot Topic stores and Shockhound.com will contain an exclusive track titled “Dog In Love With Kitty”, which can be purchased HERE. iTunes and Amazon will contain two exclusive tracks for “Teenage Demon Baby” and “Some Kind Of Love” and their official music for “Oh Lord”. Get in on this early heat the band is currently enjoying thanks to their unprecedented live show and fearless promotion with such websites as ChatRoulette.com.

Their songs “kick like mules and glitter like diamonds” said SPIN magazine, who named the band one of 10 Artists to Watch in 2010, and Simon Price of the London Observer declared “their ability to knock out killer tunes, wickedly witty wordplay and exuberantly maximalist sound (Andrew WK meets Dexys meets Springsteen) has already caused ripples, but it’s on stage that they’ll really blow your mind.” Hear for yourself today.