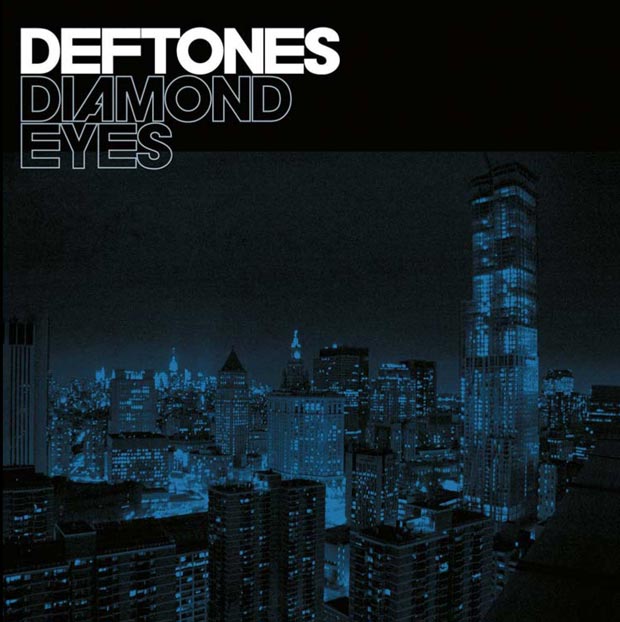 After Deftones bass player Chi Cheng was seriously injured in a car accident on November 4th, 2008, many fans were left wondering what would become of one of their favorite bands. The Deftones’ answer to that question for many may come in the form of their up and coming album, Diamond Eyes. Their seventh album will feature the title track of the same name.

Through the years since their formation, the Deftones have created music that refuses to be pigeon-holed into a single genre. The song “Diamond Eyes” is no different. It begins with a grinding, heavy riff that will appeal to old school Deftones fans, and proceeds into a chorus sang by vocalist Chino Moreno that is reminiscent of more recent alternative rock style Deftones songs such as “Minerva” and “Hole in the Earth.”

Bass player Sergio Vega, former bass player of the band Quicksand, is filling in for Chi. The Deftones had previously toured with Quicksand. Having listened to the new song over and over, I can’t imagine the new Deftones sounding any different. They continue to re-invent themselves, and yet never disappoint. “Diamond Eyes” shows that the band has come full circle, learning from their recent, more mainstream success, and yet not forgetting their roots and what put them on the musical map in the first place. The album Diamond Eyes will be released on May 4th, 2010.  [ END ]

Check out the song: “Diamond Eyes”