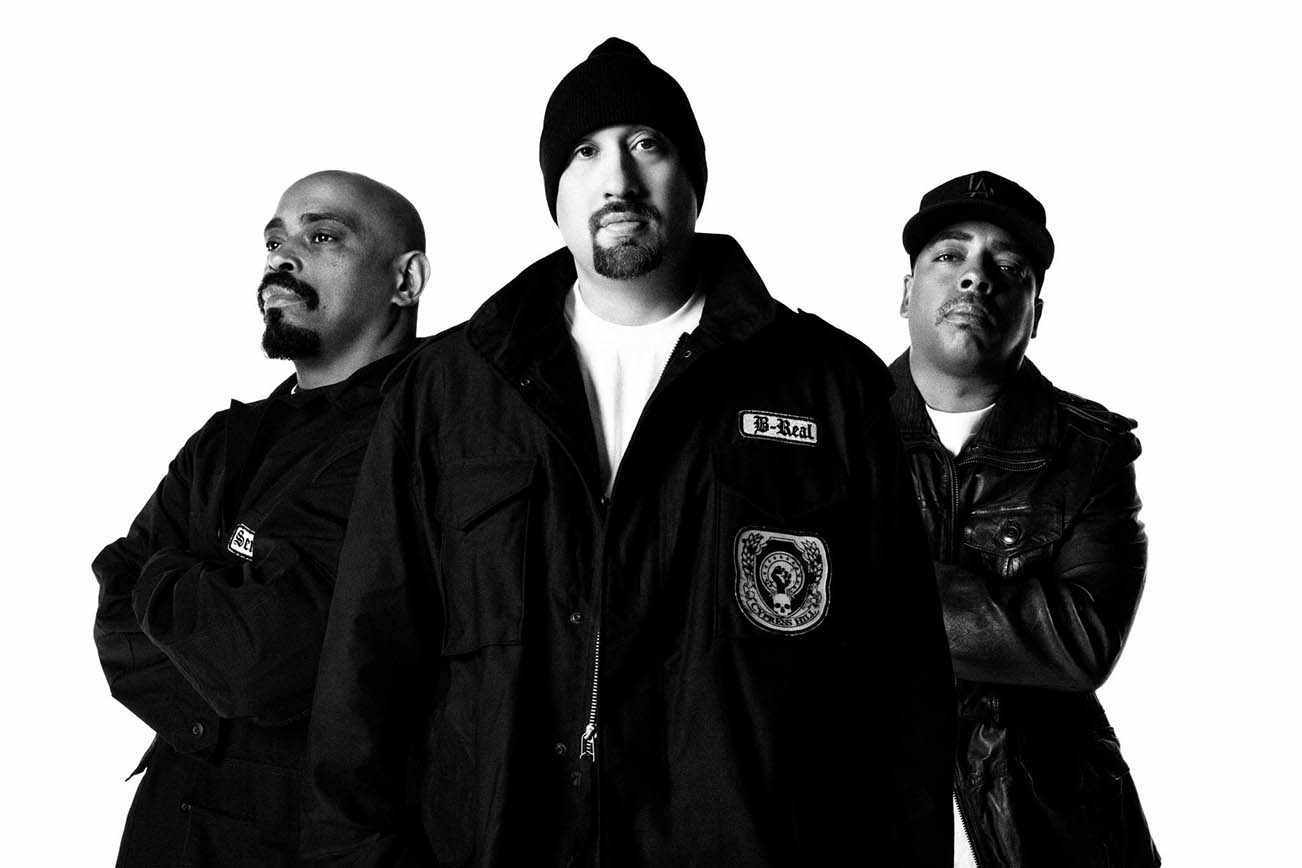 As Cypress Hill gear’s up for the April 20th release of their highly anticipated new album ‘Rise Up’, the multi-platinum hip-hop group has released a video for the album’s explosive lead single/title track, “Rise Up,” featuring Rage Against The Machine, Street Sweeper Social Club, The Nightwatchman guitarist Tom Morello (who pulled double duty as the song’s producer and co-writer). The video, which was directed by Syndrome (T-Pain, Alicia Keys, Eminem), is premiering on AOL Music’s Boombox site today and can be viewed below.

Cypress Hill (emcees B-Real and Sen Dog, DJ Julio G and percussionist Eric Bobo) will preview songs from the album with a string of special shows in Philadelphia (April 10th), Toronto (April 12th) and New York (April 15th) before returning to the west coast, where they’ll team up with Morello for an April 19th outdoor stage performance on “Jimmy Kimmel Live.” John Dolmayan, drummer of System Of A Down, will sit in for this special event. On April 20th, Cypress Hill will celebrate the album’s release with a show at The Warfield in San Francisco. The band also taped a performance on the roof of the legendary Capitol Records building in Hollywood, which will air April 14 as part of a Yahoo! Maximum Performance special.

Rise Up is Cypress Hill’s first new album in six years and the first release being issued through Priority/EMI. Priority Records Creative Chairman Snoop Dogg signed the band to the label. The follow-up to 2004’s ‘Till Death Do Us Part’, ‘Rise Up’ was recorded over the course of the past three years at B-Real’s studio, The Temple, in Los Angeles.