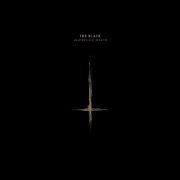 The Black – “Alongside Death”

The Black take on a rather grim approach to their music as they seemingly attempt to carve out an image of bitter, frost-bitten sounds. Their style can be somewhat likened to that of Celtic Frost, though there is definitely a rawer black metal appeal to The Black’s work. Though in theory their style and appraoch are good, the reality is that the production makes the music become somewhat dim and ultimately holds the band back. There’s a sort of muddiness that somewhat overwhelms the entire disc.

People looking for a bleak type of black metal may appreciate this release slightly more than the rest of us, but I don’t see how it will appeal to many. The band is certainly scathing enough to catch one’s interest, but the music doesn’t really stand out and pull you in for the trip. One might even go as far as saying that the music is actually kind of boring by some standards; regretfully bringing down the emotional impact of Alongside Death. It’s unfortunate, because the musical performances are solid enough that The Black could have achieved more with this release. At the end of the day the tracks are just a bit lacking and don’t make a huge impact at all.

Overall, the album is too tame and could use a more excitement in to spruce things up. This record comes recommended to only the most hardcore of black metal followers – even then I’d recommend leaving it be. It’s just slightly too bland to appreciate as much as one might want to. All of the songs register a pulse, but none of them really stand out amongst the lot to be called the best here.  [ END ]