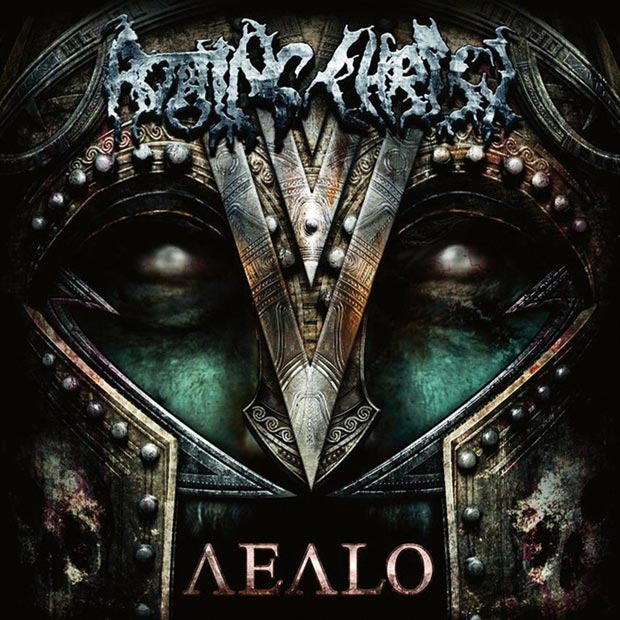 It’s unfortunate that this long-running Greek group can’t seem to make up its mind whether it wants to be an artsy metal project or a straightforward black metal outfit, or that they couldn’t find some more comfortable way to mesh these two ideas on their latest album. Throughout Aealo, the band gamely shoehorns in the sound of a female choir either wended into their own material or in single tracks where it is nothing but their creepy vocals singing wordlessly. Or they give the vocals of an entire track – the album’s long closer “Orders From The Dead” over to Greek-American avant garde superstar Diamanda Galas, who sounds like she is performing a ritual incantation over the band’s unrelenting circular guitar lines and rhythms.

Far be it for me to begrudge a band as talent rich and intense as Rotting Christ to stretch their ideas and sound in new directions, but when placed up against the incredible work that has marked their work up until now and the great songs found on this new disc, it feels like they missed the mark. Tracks like “Noctis Era” and “…Pir Threontai” are better examples of their strengths, relying on grinding midtempo rhythms bolstered by Themis Tolis’ fluttering drum work and the stinging leads of guitarist George Bokos.

When the mix of art and anger works, though, you almost wish the band had it in them to catch that same fire throughout this album. The slow, vicious “Thou Art Lord” (one of the few tracks here sung primarily in English) is served well by the creepy insinuations of guest vocalists and the growling spoken word interludes that provide some fantastic chills to an already icy song. If anything, this album will likely leave you hungry to see where the band is going to take these new ideas on a future album. It’s just a shame they couldn’t flesh them out better here.  [ END ]