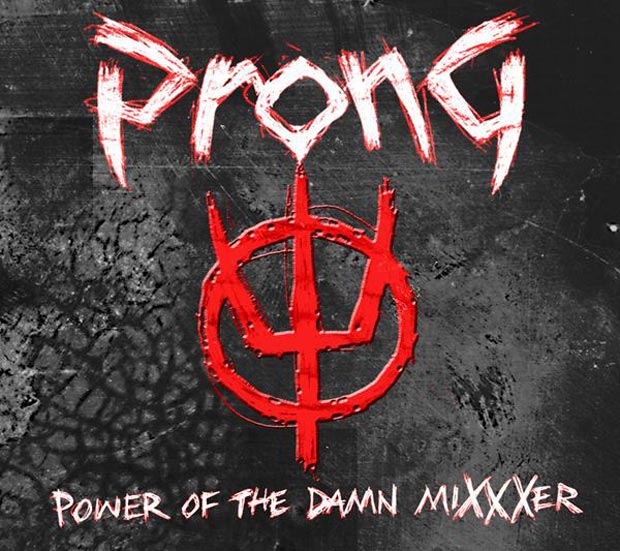 Prong – “Power Of The Damn Mixxxer”

On paper, remix albums seem like a great idea – you get some “important” producers or musicians to have their way with an artist’s work and then you get to re-sell the same music to an unwitting consumer. In practice, however, it is often a huge letdown or an utter waste of time for the listener. There’s rarely anything inventive, and only the occasional radical reinvention to spark a bit of interest.

Granted, Prong seems like the perfect band for this concept, considering their pedigree as one of the few bands to comfortably spot weld together the sounds of raw metal and heavily programmed industrial music. This also isn’t the first time the group has taken this route (see the 1992 EP of remixes of “Whose Fist Is This Anyway?”). Yet, this collection falls well short of the mark, thanks to some decidedly dull choices by their chose remixers.

Most take the approach that Anthrax’s Rob Caggiano does with “The Banishment”, keeping the main vocal track and the key guitar hook, while overlaying a house beat and slight synth runs over the top. Or, they to bring Prong down to their level, as Greg Puciato (Dillinger Escape Plan) does by turning “Bad Fall” into a plodding digital mess or as DJ AK1200 does by giving “Pure Ether” a drum ‘n’ bass makeover.

What ultimate end this remix album achieves is simply to send Prong fans or curiosity seekers back to the original source material, the 2007 album Power Of The Damager. Mission accomplished.  [ END ]