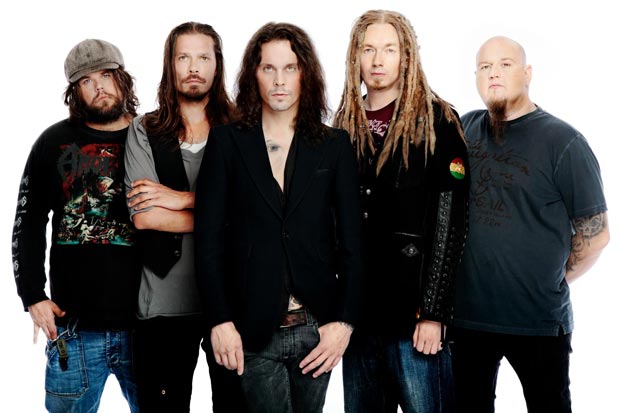 Iconic Finnish rockers HIM have just released a new video for “Heartkiller,” the first single off their upcoming album ‘Screamworks: Love in Theory and Practice’. The new album, which was produced by Matt Squire (The Used, Saosin, All Time Low), will be the HIM’s seventh full length record over their 13 year career.

He added, “I like the immediacy of it. There’s a lot of information put in short songs and they don’t let go. That was the whole vibe for me. You should have seen me working the vocals out in the middle of the night, amongst my taxidermy owls in the tower screaming my guts out, unable to stop until 9:00 a.m. and then sleeping on a couch for two hours before starting again. So the whole process of the album is very close to that mental boner that just didn’t go away.”

‘Screamworks: Love in Theory and Practice’ will hit stores in the U.S. on February 9th. For more information on HIM, visit their official site at www.heartagram.com.