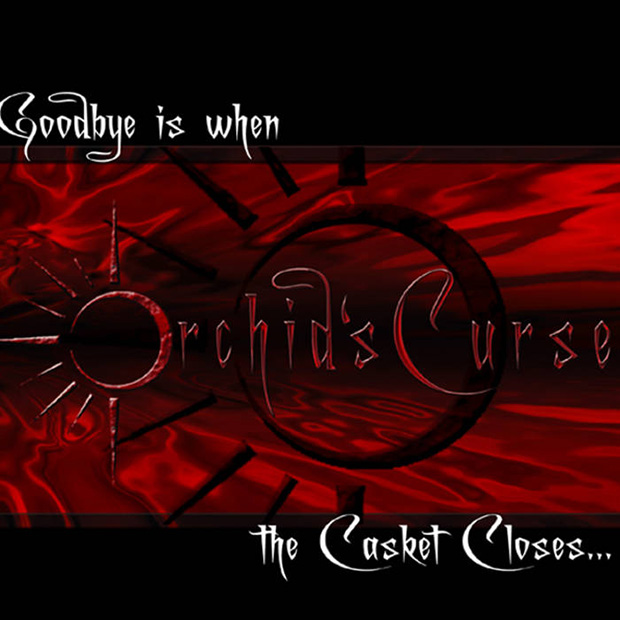 The Orchid’s Curse – “Goodbye Is When The Casket Closes…”

Think of Nova Scotia and you’ll conjure up images of fishing, mining, forestry and agriculture. But lately when I think of Nova Scotia I think of the metal band The Orchid’s Curse. Hailing from Halifax, the band recorded their EP Goodbye Is When The Casket Closes… with Brett Macdougall (Rickshaw Studios) back in late 2006. Although the casket may be closing, the door is definitely opening for this band.

“Obsession” is the first track and begins as an instrumental with a great guitar picking riff backed by the rest of the members. After about 20 seconds the backup instruments get heavier and at about 38 seconds Josh Hogan’s vocals come in. This song sets the mood for the rest of Goodbye Is When The Casket Closes…. Josh’s strong shouting vocals provide a lead for the band. Brian Jones backs up the vocals with his own screams and also takes on the heavy guitar riffage. Since Brian is the only guitarist on the recording he pulled double duty writing for two guitars. Tim Ringer plays the simple but tight bass lines backing the guitars as he harmonizes and Bobby Webb pounds the drums with a general metal style adding lots of kick and drum rolls.

This release earned the band a tour with Destroy Hope playing Eastern Canada and going as far west as Ontario. On selected dates of that tour the bands were guested by The Heartland, Kissy Face Fashion Faux Pas and Kill The Bride. They have also played shows with Gallactus, Uigg and other label mates.

The EP and tour were big steps for The Orchid’s Curse allowing them to grow and gain new experiences. Goodbye Is When The Casket Closes… is a good metal release to add to your collection and at the same time you’ll be helping to support Nova Scotia’s burgeoning metal scene. The Orchid’s Curse is for fans of: Unearth, If Hope Dies, A Life Once Lost and DevilDriver.