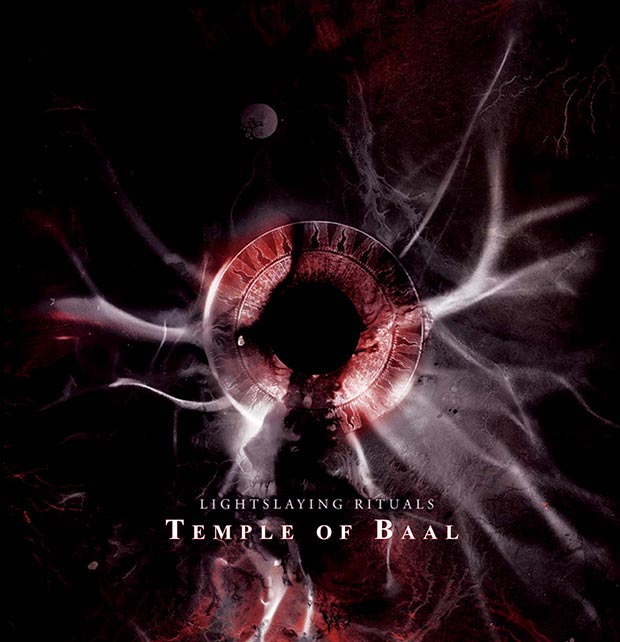 Take a moment and reread that band name and album title. Does that not forebode the most evil shit in the universe? The cover art only adds to the feeling that as soon as you hit “play” a vortex is going to open up and unleash something truly horrifying into your life.

Temple Of Baal are a black metal band from France, and Lightslaying Rituals is their third full-length release. The impression given by their name and presentation is not inaccurate, as their music is some of the darkest and least remorseful stuff you’re likely to find in this plane of existence. They mix the staple elements of black metal (blast beats galore, tremolo picked ambient chords, foreboding atmosphere) with some traditional death metal dynamics and a vocal range that is more often in the low register than your typical shrieking BM singer.

Sonically, Temple Of Baal straddle the line perfectly between the old school “necro” sound and the oft-criticized digital modern recordings. Black metal is hard to take seriously if too polished, but by the same token it loses all its marketability if it’s so dingy that only a handful of basement gnomes worldwide can dig it. Lightslaying Rituals sounds raw and biting, but the mix still leaves everything clear and defined (even the bass!).

In its genre, this album stands out as for its purity of form and accuracy of execution. Granted, the constant blast beats and unrelenting drone of most of the songs may not call out to the more casual metal fan, but black metal aficionados really do have something to dive into here.

Checking out the songs “Black Sun Of The Damned”, “Dead Cult”, and “Poisoned Words” is probably the best way to let Temple Of Baal sink in, as they contain the most dynamics and hooky parts.  [ END ]