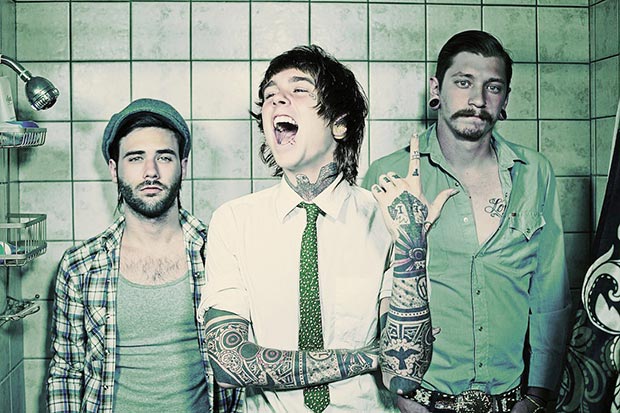 Never Shout Never, the brainchild of 18-year-old singer-songwriter and guitarist Christofer Drew, will release a digital four song EP through all online service providers today as well as through www.shockhound.com and www.nevershoutnever.com. This is a digital version of the physical EP that was released exclusively through clothing retailer Hot Topic on December 8th. A video for the track to “What is Love?” will premiere exclusively on MySpace on today.

Drew has recently put the finishing touches on this release, entitled ‘What Is Love?’ with noted producer Butch Walker (Weezer, Katy Perry, Pete Yorn). Recorded in both Los Angeles and London (at the world-famous Abbey Road Studio), it will be released by Loveway Records/Sire on January 26th, 2010. Fans will be able to pre-order a copy of ‘What Is Love?’ which will include two lithographs autographed by Christofer Drew beginning today on www.nevershoutnever.com.

Drew will hit the road in January for a solo acoustic tour in support of ‘What Is Love?’ He will also perform a series of very special shows backed by a string quartet in December. Never Shout Never recently completed a headlining tour, culling tunes from ‘What Is Love?’, as well as from the three EP’s Drew released on his own Loveway Records: ‘The Yippee’ EP, the ‘Me & My Uke’ EP, and ‘The Summer’ EP, which broke into the iTunes Top 10 Album chart in June. Drew took home the coveted “Breaking Woodie” Award at the MTVu Woodie Awards on November 19th.