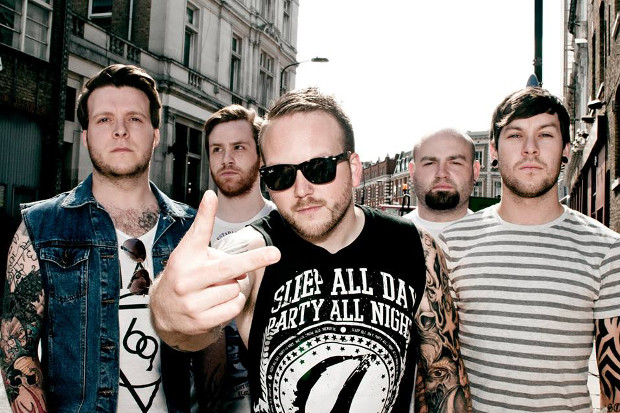 MALEFICE Premiere New Video For “Architect Of Your Demise” Online

It’s been a huge year for England’s Malefice. They’ve been to India to perform for thousands of insane Indian metalheads and documented the trip (see videos below), played at Bloodstock ’09, toured Europe relentlessly and released their Metal Blade debut album, ‘Dawn Of Reprisal’. The Brits aren’t quite done yet as they have finished work on the video for one of the best tracks from the record called “Architect Of Your Demise”. Our friends over at www.metalinjection.net will be premiering this video exclusively starting on Thursday, December 3rd. The video was directed by Scott Fulton and Eyesmash Productions. Check it out and enjoy Malefice’s brand of quality, honest British metal.

Malefice added to Hammerfest II and contribute tribute track to Dimebag on Metal Hammer 200 CD. Malefice have been added to next year’s Hammerfest II bill along with Rise to Remain, Warpath, Conquest of Steel, Echovirus, Man Must Die, Sondura, No Made Sense, Cars on Fire.

Malefice have also been in the studio to record a cover of Pantera’s “I’m Broken” for a very special tribute to Dimebag CD which will come free with METAL HAMMER’s upcoming 200th issue which is due to hit the racks on December 16, 2009. They join Unearth, Machine Head, Chimaira, Zakk Wylde, 5 Finger Death Punch, Sylosis, Biohazard, Evile, Throwdown, This Is Hell, Kiuas and more contributing tracks in honor of Dimebag Darrell Abbott who was tragically shot dead on stage in December 2004.