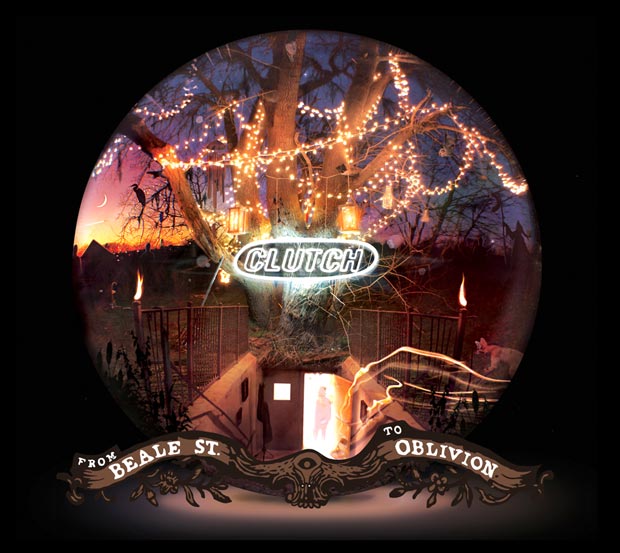 Clutch – “From Beale Street To Oblivion”

Named after the historic Blues street in Memphis, Clutch’s eighth studio album of sing, strum, sing blues rock has one major downfall: lyrics aside, most of the album sounds the same. Opening track “You Can’t Stop Progress” is the biggest exception, though it still runs on an extremely familiar and uninspiring song pattern.

It’s not that Clutch are bad: if you only heard a single song from this effort you’d probably be quite intrigued by the rest, especially as their sound is relatively original: you don’t hear many bands with such a hefty tinge of blues to their sound. But even Clutch acknowledges that the first and second tracks are ‘joined at the hip’ and frankly you barely notice the cross over between the two of them, a theme that continues throughout the album.

While the music might grow old after five minutes, Clutch has a slightly more inspiring take on lyrics, covering subjects from veganism to Satan, as well as spending an entire track (“Power Player”) chatting about their problems getting served on flights. Musically, though, there’s the drop of pace and slightly spacey feel to “White’s Ferry”, ample muted guitar, vocals that rise and fall with a slight edge to them, and are occasionally echoed by a frankly irritating second vocalist (see “Child Of The City”). It’s thoroughly uninspiring stuff, unless you’re the type who likes your music impressively unvaried. Save yourself the hassle, buy one track from iTunes and play it on repeat. It’ll have a very similar effect.  [ END ]