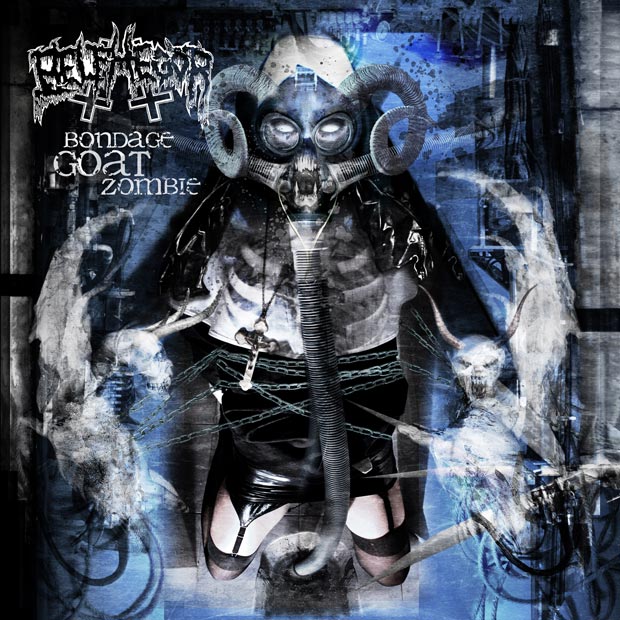 You could never accuse the Austrian black metal group Belphegor of subtlety. No band that closes out this 2008 album with the sound of a woman moaning in pleasure/pain mixed with what sounds like a cat o’ nine tails being whipped around should be called subtle. Playing the music that this trio does, does not lend itself to subtext or grace notes. No, everything is as it should be: boldly and loudly on the surface for you to roll around and get dirty with.

And there’s plenty of overtness to be had here. The album explores the writings of the Marquis de Sade with wide brush strokes, and mixing with their own demonic ideals, on songs like “Sexdictator Lucifer” (featuring frontman Helmuth growling out “sadism” and “bondage” during the multi-tiered chorus) and the closing track, “Der Rutenmarsch,” which on top of the aforementioned S&M outro also boasts the voice of a woman begging to be “drowned in fuck”. Elsewhere, the band stick to the formula of dragging Christianity through the streets and worshiping all manner of unsavory beasts and malignant spirits.

Musically, the group has never been stronger, even with the use of a session drummer who goes under the name Torturer (an apt description for the abuse he metes out on his kit). They show every bit of the cohesion that playing this kind of snarling noise for the whole of your adult life will endow you with. The album works best when they are locked into tight, sinewy attacks cut through with slow bits of sludgy heat. And in taking on both lead and rhythm guitar, Helmuth doesn’t have to worry about whether these two lines of playing will mesh together. It is locked in, rock solid, pulling no punches.  [ END ]