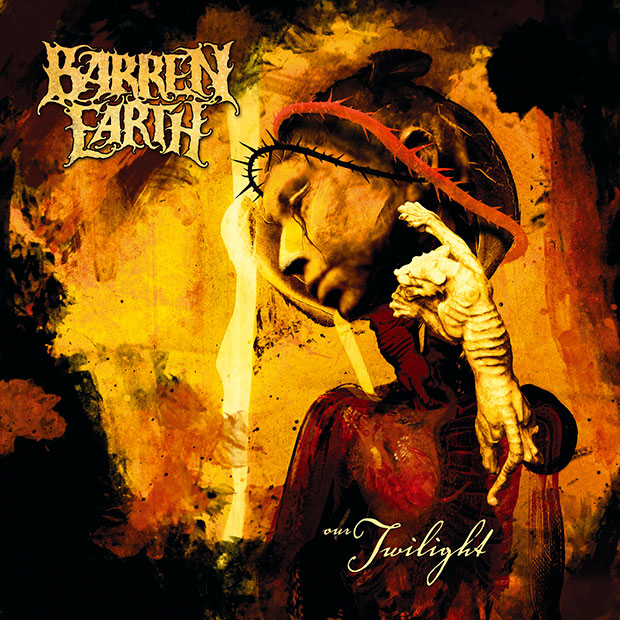 Hailing from Finland, Barren Earth put forth a brooding and melodic form of metal in the vein of Opeth and Agalloch. Our Twilight, a 4-song EP, is the band’s first release and was recently presented in full at their premier performance on November 19th in Helsinki. Although the band is brand new, all of its members are or have been in various other acts, including Kreator, Moonsorrow, and Amorphis. This super-group status explains the flawless songwriting, stellar performance, and overall professionalism Barren Earth exude.

The songs on Our Twilight all have a strong mid-90s Opeth vibe to them, although the acoustic passages and clean vocals are used much more sparingly. The Agalloch comparison factors in mostly in the atmosphere of the music, as many of the more melancholy passages covey images of the long Finnish Winter. There are a few riffs (such as on the song “Jewel”) that are reminiscent of countrymen Wintersun, and even old Blind Guardian.

As far as sound goes, the mix on this EP is absolutely fabulous. Everything sounds warm and gentle even in the heavier moments, which instead if removing power just makes for an easier listen. There is no instrument that is inaudible or overwhelming. This point also speaks to the smart arrangements, as vocals, keyboards, and guitar all take turns in the spotlight with the bass and drums solidly supporting everything at all times.

Barren Earth made a great move with Our Twilight. This EP is composed of elements of all the best bands within the folky melodic metal sub-genre, ensuring interest from far and wide, and is also short enough to leave you wanting more. When a full-length drops these guys are going to explode.  [ END ]