Before I am accused of cheating by including Lord of the Rings as one film on this list, I should note that I actually went to a nerd screening (Trilogy Tuesday!) of all three films in a row, and I can assure you that they are of a piece—one long-ass film. I then wondered how I would justify the inclusion of a mere fantasy movie on my serious serious film list? Then I realized that a movie on numerous top 10 lists, numbering 14, 20 and 33 on the imdb.com top 250 films, with thirty Oscar nominations (including three for Best Picture), seventeen Oscar wins and almost three billion US dollars in worldwide box office doesn’t need me to point out its critical or popular success. Perhaps a more interesting question would be: “Why was this fantasy tale so successful?”

I remember first hearing about Peter Jackson’s Lord of the Rings project. I was a bit leery of getting too excited over internet buzz, having been previously burned by the truly awful Phantom Menace. When the first pictures and trailers appeared online, however, it seemed like Jackson had somehow taken images directly out of my brain and burned them onto film. That was the moment I began to get excited—could these movies actually be good? Was it possible?

As a result, I went back and re-read the books, which I had last read some ten or so years before. As is usually the case when revisiting works of art, my experience was altered from my prior readings. This time I felt the roots of J.R.R. Tolkien’s sprawling novel lay not in his impressive “world building”, philology or invented histories, but in the bonds of brotherhood, the growing rumbles of war and the inevitable fight of desperation to save all that matters. Tolkien’s experiences in the trenches of World War I, in which he lost his closest childhood friends, is reflected in the tight nit Fellowship that follows their mission. In turn, his academic life in England of the 1930s and Hilter’s ignored rise to power is reflected in Hobbiton’s wilful denial of obvious signposts of Sauron’s return. England threw so many resources into fighting Hitler’s armies that there was still rationing of food as late as the 1950s. So too does the alliance of Men, Dwarves and Elves throw everything they have against Sauron’s dark forces. Tolkien has famously stated that it is folly to look for direct allegory in his tales of Middle Earth. Indeed, there are no direct characters, countries or races that represent any one thing in the “real” world, but Tolkien did capture the “Truth” of the world, of civilizations and the lengths some will go for power and dominion over others and that some will go for freedom.

It was shortly after re-reading the novels that September 11th, 2001 occurred and, once again, those True elements of Tolkein’s storytelling became powerfully resonant. In the wake of the fall of the twin towers, Hollywood was uncharacteristically unsure how to react. Movies, such as Schwarzenegger’s Collateral Damage were pulled from release schedules, the trailer to Spiderman was re-shot to remove the twin towers and even Zoolander was digitally altered to remove the towers from skyline shots of New York.

The first moment I remember being in a large group of people and feeling that we were all addressing the 9/11 attacks was watching the first chapter of Lord of the Rings, The Fellowship of Ring, when Frodo protests that “I wish the ring had never come to me. I wish none of this had happened.” In words directly from the novels, Gandalf tells him that “So do all who live to see such times, but that is not for them to decide. All we have to decide is what to do with the time that is given to us.” In just a few lines of dialogue, Frodo’s quest to destroy the Ring of Power in the fires of Mount Doom became the focus of all our 9/11 uncertainties, worries and fears. Frodo’s quest felt real, immediate and urgent. My only complaint is the excising of the Scouring of the Shire sequence, which unbalances the ending (the weakest part of the film), and removes some of the “Truth” of the novels—that evil can find a place anywhere, even your own home.

If I hadn’t prattled on about other things, I would have wanted to mention the excellence in the acting (with everyone taking the world of Middle Earth seriously, especially Bernard Hill, Sean Bean and Viggo Mortensen); the excellence in the cinematography, with its breathtaking and kinetic camera moves; and lastly, while this is the only CGI-heavy movie on this list, the use of miniatures, real blacksmithing and the greatest special effect of all time (aka New Zealand) to truly make Middle Earth one of the most vivid places captured on film.

Here’s hoping that, now the lawsuits between Peter Jackson and New Line and Tolkein’s estate have finally been settled, the rest of Tolkien’s “legendarium” will one day see the light of day on film in as glorious a form as this epic. I leave you with more words of wisdom from Gandalf: “Many that live deserve death. Some that die deserve life. Can you give it to them, Frodo? Do not be too eager to deal out death in judgment. Even the very wise cannot see all ends.”

Up Next in the Film Canon: A filmmaker, clearly delirious with the power of film, creates a modern day noir/crime/comedy/grotesquery classic. 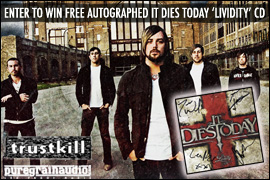