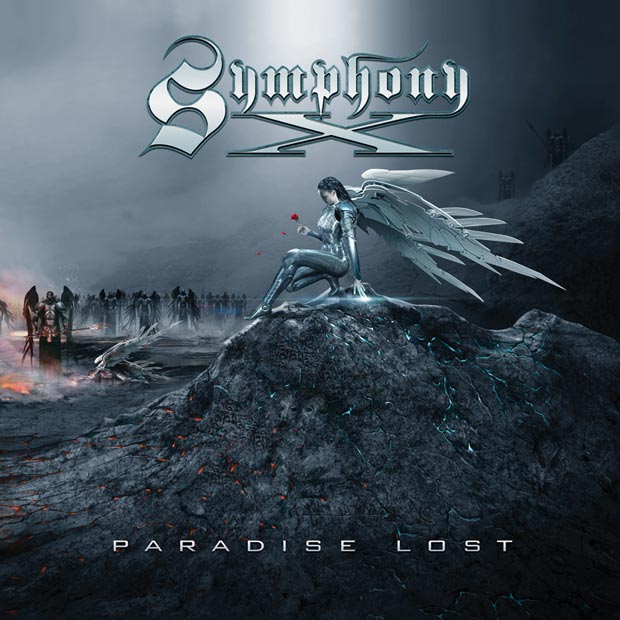 In 2002 Symphony X released The Odyssey. What the heck have the members been keeping busy with since then? Well keyboardist Michael Pinnella released a solo album Enter By The Twelfth Gate. Russell Allen released his own solo album Atomic Soul and his side project Allen/Lande released The Battle. As Symphony X, the band toured as part of the first Gigantour and then finally got down to recording their follow up album Paradise Lost. This being the band’s seventh studio release, they were certainly challenged to make it unique while retaining their renowned style. Paradise Lost is, as Michael Romeo told fans, “a bit darker” and the album is based on the poem “Paradise Lost” by John Milton.

Like other Symphony X releases, throughout Paradise Lost each member showcases their talents. The album begins with the palm mutes of Michael Romeo followed by his orchestral keyboards and a few guitar licks. The opening track, “Oculus Ex Inferni”, gets you pumped for the rest of the epic album to come. Throughout the disc Michael Romeo, founding member of the band, shreds off the complicated guitar riffs and great guitar solos that he’s been performing flawlessly since 1994. To harmonize with the guitars Michael Pinnella utilizes keyboard overlays to act in lieu of a second guitar and also take his turn in the instrumental dueling. As backup, Michael Lepond displays his talent with some complicated bass licks. This can be best heard on the song “Domination”.

Contrary to what you may be thinking, no, this band is not only made up of members named Michael. Another talented member of the band, Jason Rullo, sets the beat on his drums. For the most part he is a generic drummer, but does spice things up a little with rapid drum fills overlaying some of the more complicated guitar parts. The final member, Russell Allen, fronts the band with his powerful vocals. He is best known for his melodic, loud singing style with drawn out vocal lines and wide range. He has also shown some harsher vocal styles which we first heard on the past release The Odyssey. The vocal lines on this album fit the songs well and demonstrate great singing which is sadly, slowly becoming a dying art form in the metal scene.

Paradise Lost is an album for past fans of Symphony X and for fans of power metal, progressive metal and fans of complicated instrumentals in general. The band’s talent is seen all over this album and is far from waning. Fans of Nevermore, Dragonforce, Dream Theater and Blind Guardian will really enjoy this band.  [ END ]