“The path of the righteous man is beset on all sides by the iniquities of the selfish and the tyranny of evil men. Blessed is he who in the name of charity and goodwill shepherds the weak through the valley of darkness, for he is truly his brother’s keeper and the finder of lost children. And I will strike down upon thee with great vengeance and furious anger those who attempt to poison and destroy My brothers. And you will know My name is the Lord when I lay My vengeance upon thee.” – Jules

In 1994, I was a budding cinephile. My obsession with Hitchcock had begun and I had already seen a number of films in the theatre destined to become classics. It was in October of that year, however, that I saw my first modern film that clearly embraced the joy of cinema. It is hard to describe, but it was a film by a director deliriously in love with the medium, with a novel “voice” and, at the same time, so full of confidence he simply knew he was the best at what he did. I can think of a few analogies: Bob Dylan’s Highway 61 Revisited (that recording of “Like a Rolling Stone” is the only complete take); The Beatles circa 1964 (I Want To Hold Your Hand, A Hard Day’s Night, Can’t Buy Me Love, And I Love Her, Eight Days a Week, I Feel Fine, to name a few tunes); Marlon Brando in the 1950s (Stanley Kowalski, Mark Antony, Johnny Stabler, Terry Malloy) or even J.D. Salinger in the late 40s/early 50s. These were all artists at the top of their fields, for whom their art seemed to flow effortlessly (bastards!).

For director Quentin Tarantino, this was his second movie, Pulp Fiction. The film seemed to be so fresh, strange and audacious that I could not wrap my head around it on a first viewing. So I went a second time with some friends who hadn’t seen it before and a strange thing happened. Where once the film was violent and disturbing, it was now hysterically funny. In fact, I began laughing before things happened in the movie. What Tarantino had awoke in me was the idea that “worthy” cinema could not only be highbrow costume dramas, but could also shock, surprise and delight. In short, if it isn’t already too late, it could be both serious and fun.

Apparently, Pulp Fiction originally came from Tarantino’s early idea of taking tired and typical gangster movie clichés and updating and upending them until they became new and exciting again. Thus, the gangster takes the moll out for dinner, the accidental murder, the has-been boxer who refuses to throw the fight and the botched jewellery heist (the heist eventually became its own movie, Reservoir Dogs).

Chronologically speaking, the movie takes place over a handful of days and begins with two heavies, Jules and Vincent, who miraculously survive being shot at point-blank range while retrieving a mysterious briefcase for their boss, Marcellus Wallace. Jules decides this was Divine intervention (“You mean God came down and stopped the bullets?”). Driving back to Marcellus, however, they accidentally blow off the head of their informer. The Wolf is sent to help them clean up the mess and Jules and Vincent recover in a café. Before they can leave, the restaurant is robbed by Pumpkin and Honey Bunny, but because he is in a “transitional period”, Jules lets them go. While Jules retires due to taking the Act of God as a sign, Vincent continues to work and takes Marcellus’ wife out on a friendly date that goes wrong when she accidentally ODs. Finally, in a homage to Robert Wise’s film The Set-Up (1949, Rent it!), a has-been boxer, Butch, is told by Marcellus to take a dive in a match, but instead bets on himself and kills his opponent in the ring. While Butch flees from Marcellus’ gang with his girlfriend, he realises his great-grandfather’s watch is back in his apartment. In retrieving his watch, he kills Vincent, rescues Marcellus from two (three?) very perverted men and heads to Florida with his girlfriend and watch to collect his winnings.

Written this way, it becomes clear that Jules decision to take his (and Vincent’s) miraculous survival as a sign he should quit is the turning point of the movie. Vincent’s decision to continue leads to his death in a short time. Of course, the film is structured to emphasize this. The restaurant robbery opens and closes the movie. The first section following the credits leads up to the miracle, which is picked up again in the final sequences. Scenes are not switched around “just because”, but to highlight the importance of this decision. In addition, like in Psycho (and again in his Death Proof), Tarantino plays with audience expectations by killing off a major character and star with whom we empathize half way through the movie. Aside: in Death Proof he sets up the four women of every horror movie and we immediately know which one is going to survive and “get” the bad guy at the end. Of course, it doesn’t work out that way. Pulp Fiction’s structure allows him to bring Vincent back for the final segments.

I have gotten this far and haven’t yet mentioned the dialogue, which is still as vibrant and refreshing as when the film first came out. It is always a pleasure to hear characters talking about things, rather than what they are doing. How many times have you had a conversation at lunch about how you are eating lunch? Likewise, it was so novel to see gangsters talking about foot massages and hamburgers in Europe, instead of saying “Let’s go kill these four or five guys and get back that briefcase Marcellus wants us to get.” In his review of Pulp Fiction, Ebert said that, “watching many movies, I realize that all of the dialogue is entirely devoted to explaining or furthering the plot, and no joy is taken in the style of language and idiom for its own sake. There is not a single line in Pearl Harbor you would want to quote with anything but derision.”

Jules’ quote at the top of the page, which he describes as “just a cold-blooded thing to say to a motherfucker before you popped a cap in his ass”, is actually a misquote from a Bible taken from a 1976 Sonny Chiba film. Jules’ near-death experience forces to rethink his life as a killer and gangster and his final lines show that he realises his place in the world and that he needs to set out on a new path: “The truth is you’re the weak and I’m the tyranny of evil men. But I’m trying, Ringo. I’m trying real hard to be the shepherd.”

Up Next in the Film Canon: Although the auteur behind this film recently died, his films have begun to be scorned as the very height of pretension. I obviously disagree. 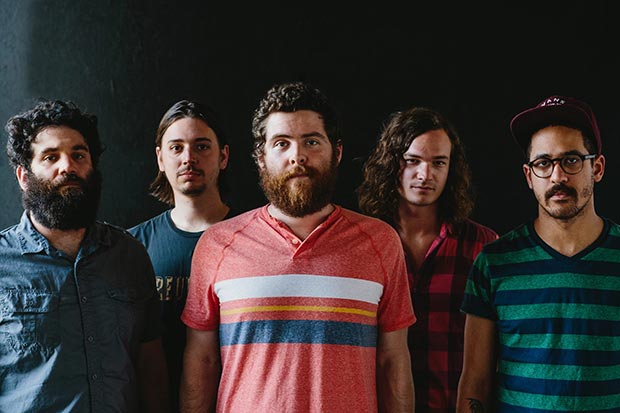