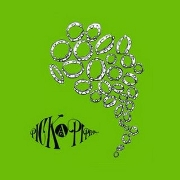 Drenched in offbeat tribal percussion and tuneful, distorted vocals, Pick A Piper is a strikingly atypical band heading in a musical direction that’s (a very small) part rock, part electro and part something entirely different. There’s even a hint of world music to their sound, which takes the time to thump it’s way through weighty beat solos, often disregarding melody entirely to bash away their hearty rhythms before throwing in some haunting vocals next to yet more rapid, unpredictable percussion.

This certainly isn’t for the musical purists, as you’ll not find any consistent genre to this sound, which leaps around sporadically, occasionally taking on the style of what sounds like a tribal gathering around a camp fire, before (in “Rooms”) layering in the lightest hint of gospel and some sweet dual-vocal harmonies.

You undoubtedly couldn’t argue that Pick A Piper is anything but highly original, though that can largely be credited to the mixed influences and sheer oddity of what they play. It’s all perfectly fine, but it’s hard to think of an appropriate niche – at least on record, though they’d probably sound mad live – for a band that seem determined to go in a direction that’s more than a little difficult to even get of a grasp of. Pick your way through the beat and enjoy the sheer quirkiness of it all, but unless you’re a fan of drum driven tribal music crossed with a light and obscure brand of electronica, you’re unlikely to be coming back for more.  [ END ]