Once Nothing are a self-proclaimed “Blue Collar Metal” band who have blue-collared up their first ever full length, First Came The Law. Hailing from Pennsylvania, the band demonstrates with this release that Southern rock styles are not unknown to the Northeastern States.

First Came The Law is a mixture of metalcore with hints of Southern rock. Skinsman Giuseppe “Joey” Capolupo keeps a hard hitting drum beat that not only anchors the band together, but also brings exploding amounts of energy to every song. Josh Branas and David Burkes add to the fold with simple, but heavy guitaring, some southern styled riffs and the ever popular breakdowns. Steve Lucarelli’s bass parts follow the guitars, stabilizing the songs and adding some lower tones and last but not least, Todd Lowry adds his aggressive and straight forward shouting.

The album is full of high-energized Southern metalcore tunes, but there are also a couple of tracks that fall outside this realm. The first would be “My Sweet Medusa” which is an acoustic track with general acoustic guitar and singing. The other notable track is “…And Then Came Grace” which is a melodic instrumental track well-placed at the ending of this heavy-hitting album.

Further bringing the Southern flair and feel to the album, the booklet’s artwork boasts symbols of a sheriff throughout. Moreover, the booklet is muted with shades of brown giving the package a ‘dirty cowboy’ type of feel. If I didn’t know any better I would think Once Nothing wanted to be a bunch of cowboys.

First Came The Law is a great album for anyone who likes the Southern styles of rock jacked up to be heavier and more hardcore. I recommend this album to anyone who is a fan of Gwen Stacey, Maylene And The Sons Of Disaster, Cancer Bats or Jesus Mullet.

Check out the song: “The Dust Of A Town” 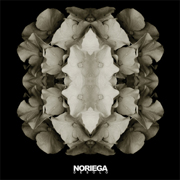 MISS MAY I Premiere Video For “Forgive and Forget”