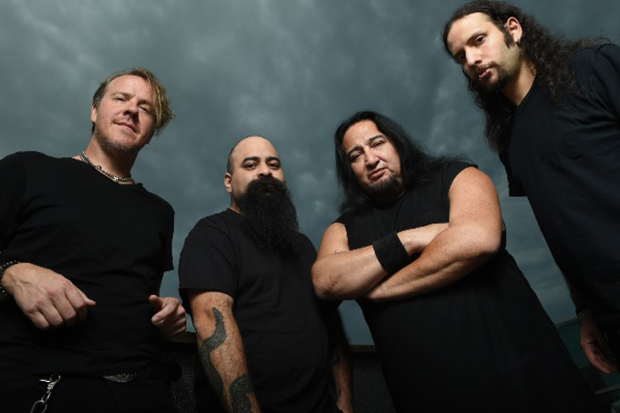 Announced last week, ‘Mechanize’ bridges the musical gap between between 1995’s groundbreaking ‘Demanufacture’ and 1998’s more texturally nuanced ‘Obsolete’. While the album is instantly reminiscent of Fear Factory’s most potent moments of discovery, it’s hardly a stroll down the old assembly line. Through a combination of technological advancements and experience, Fear Factory have evolved like a computer virus, constantly reconfiguring itself to maximize its destructive impact.

In the six years that have passed since Fear Factory originally splintered, lots of transformation has taken place. Bell has formed the gothic rock band Ascension Of The Watchers and recently formed the new band City Of Fire (also featuring Stroud with Terry Murray and Bob Wagner of ShoCore) while Cazares has put out two Divine Heresy discs and toured extensively. Stroud and Hoglan have recorded and toured with Strapping Young Lad, Zimmers Hole and Dethklok. For Bell, the myriad of projects have only provided creative ideas and inspiration for Fear Factory. He notes, “in this day and age you gotta keep busy. You can’t just rely on one band; something we’ve all learned from time and years of experience. Not only is it good to support yourself, but it also keeps you going creatively.”

“This is definitely a different chapter for us and I think it’s the best thing we’ve ever done,” Cazares adds. “Obviously, Burton and I have grown up and we’ve pretty much perfected what we do. More importantly we’ve discovered why we so were good together in the first place. Our combination just works. All the ingredients and the elements that we had in the past, combined with what we’ve learned since being apart feels like putting on a new glove that still feels as good as an old glove.”

The direct link to the I-Tunes exclusive is HERE.