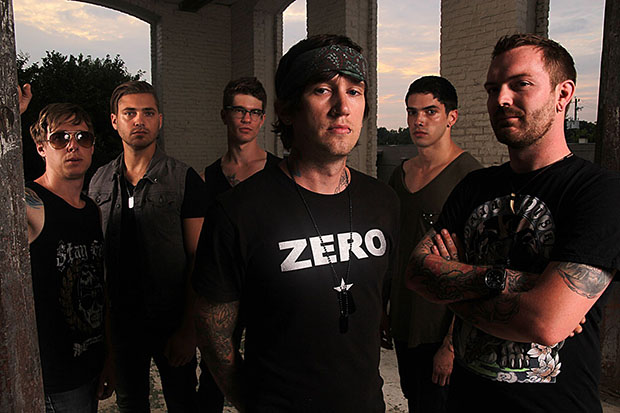 ALESANA Premieres The First Track From New Album ‘The Emptiness’

Raleigh, NC’s Alesana has premiered the first new track from new album ‘The Emptiness’. Check out the stunning “To Be Scared By An Owl” on their MySpace page now. Fans can also buy the track at iTunes.

The track is taken from new album ‘The Emptiness’, set for release internationally on January 25th, 2010 and in the U.S./Canada on January 26th, 2010. Produced by Kris Crummett (Emarosa, Dance Gavin Dance), the album is the dark rockers’ third album, and sees the band at their most creative. Combining their trademark dynamic, emotionally charged, three guitar attack with a metal edge, the album is given new depth thanks to a strong narrative and the addition of a live string quartet. Look out for a special pre-order package available from December 16th.

The band kicks off their headline “You’d Be Way Cuter In A Coffin Tour” this Friday November 27th, featuring labelmates The Word Alive, plus additional support from From First To Last, Asking Alexandria and Memphis May Fire.