After a few obligatory film company logos, each one defaced and claimed by “MAX”, Where the Wild Things Are explodes into chaos as Max, your average nine-year-old boy, tears down the stairs after his presumably-terrified family dog. “Let the wild rumpus start!” indeed. The camera is focussed in tight on Max, and cannot contain his rambunctiousness and enthusiasm (I can only hope some form of stand-in was used for the poor dog).

Max starts a snowball fight with his older, teenage sister Carol and her friends. What starts as fun, turns serious for Max as he flees into his snow fort/igloo, only to have one of Carol’s friends leap onto it, crushing it and trapping him in the snow. Nothing happens to him, but he is scared and cries. His sister ignores him and leaves him to cry. Angry and hurt, Max heads straight to his sister’s room, destroying a popsicle-stick valentine he has previously made for her. He feels guilty and helps his mother clean the room. All these conflicting, scary and intense emotions return in the fantasy sections of the film as Max tries to work through his pain and confusion.

A subsequent shot of his world globe, dedicated to him by his absent father (with a phrase we hear repeated later in the film “To Max: the owner of this world”), tell the viewer that his parents are divorced and, indeed, Max’s final rebellion comes during an in-house date his mother has. After seeing her sharing a private comment with “the boyfriend”, Max runs to the kitchen, stands on the table and screams at his mom: “Feed Me Woman!” He bites her (“You’re out of control,” she yells) and runs off to the woods, where he suddenly finds himself in the land of the Wild Things.

While short, this initial section of the film sets up everything the viewer needs to know to understand Max’s World of Wild Things. Once the movie arrives at the island of the Wild Things, it takes on a magical sheen. The Wild Things themselves are a miraculous combination of giant man-in-suit puppets, animatronics (apparently) and CGI. Where one technique ends and the other begins is suitably blurred to the point where I was unable to tell the difference. As a result, each of the Wild Things feels completely alive and has undeniably physical presence.

The Wild Things seem to each represent some different aspect of human nature in general, and Max’s nature specifically. Carol is the closest to Max himself (but perhaps with overtones of Max’s father?), full of dreams, idealism, hair-trigger sensitivity and anger. Carol just wants all the Wild Things to be together “like before” and he is especially concerned that KW will leave. KW seems to be an amalgam of Max’s mother and sister. Other wild things seem to represent other facets of life: Ira and Judith are a stable couple (and Judith is a constantly complaining pessimist); Alexander is a snotty kid no one listens to; Douglas is the supportive best friend and The Bull is mysterious, shy and dangerous.
During Max’s escapades on his Island of the Wild Things, there is a constant sense of danger from all the Wild Things (especially from Carol). The viewer is left to wonder if this is a reflection of some violence Max experienced in the past. It is particularly terrifying when Max hides from Carol in KW’s stomach and when Carol rips Douglas’ arm off. If Carol is seen as partially representing Max’s father, could this rage have something to do with Max’s parent’s divorce?

In the end, Max rejects the Wild Things and returns home to reality. His mother is relieved and feeds him. As he eats his dessert, she falls asleep. The last shot of the film is Max observing his sleeping mother. We are left with the idea that Max has learned something from his experiences with the Wild Things and that this is the precise moment that Max sees his mother as another person, not just his mom. 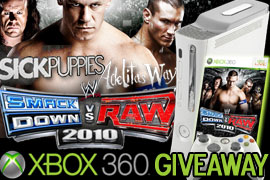